Reports such as the Eat Lancet have claimed that we need to eat a more plant-based diet to save humanity from a looming environmental crisis.  Recent media reports have also claimed that the number of people eschewing meat and dairy altogether and opting for a vegan lifestyle has exploded.

We covered this trend in depth in our 2018 report The Rise of Plant-Based Food Products and Implications for Meat and Dairy.

However, what is the truth now?  How has this trend developed?  Is the future bleak for meat and dairy or are there growth opportunities?

The latest data we have access to shows that 3% of British people claim that they are now vegan, with a further 7% vegetarian and 4% pescetarian (source: YouGov/AHDB Sept 19).  However, when Kantar, an independent market research agency, track food diaries looking at everything that is consumed at home over a week long period the number of people in the UK who have genuinely not consumed any meat, fish or dairy products is much lower at only 0.6%, demonstrating that for some the vegan diet is more aspirational than achievable.

Some increased interest in flexitarianism

Thinking about the amount of fresh red meat and meat products you currently eat, which of the following statements is most accurate?

According to Kantar, the total plant-based market was worth £1.8 billion as of 11 Aug 19 with an annual growth rate of 8%.  Reports of the growth in veganism and flexitarian (meat reduction) diets have stimulated more manufacturers, food service outlets and retailers to enter this space.  According to Mintel, 16% of all new food products in the UK in 2018 carried a vegan claim and vegan claims on menus in restaurants have increased by 55% (MCA).  For retailers and food service outlets, carrying more plant-based products may offer both a route to more innovation and a more attractive margin (with relatively much lower raw ingredient costs).  In addition, for those concerned about perceptions of corporate responsibility it may give them a chance to claim they offer food with lower carbon footprints (even if not the reality).

However, there are some signals that the market could be nearing saturation point.   Nestle pulled their Garden Gourmet range from shelf in the UK after an initial trial.  Part of the reason for that is that plant-based is becoming increasingly dominated by private label that makes it tougher and less lucrative for new entrants coming in.  Mintel reported that own label increased to 38% of plant-based innovation in 2017 (up from 25% in 2016) and so naturally their offerings have been prioritised in terms of shelf space and point of sale support.

There is still no shortage of interest in this area from both media and investors and it will be interesting to see how the market settles as it matures, especially if margins look less attractive.

The consumption of plant-based products is mainly coming from younger consumers or from middle-aged, health conscious consumers.  However, these still represent a minority with only 1 in 4 buying a meat substitute regularly (Source: AHDB/YouGov tracker Aug 19).  For the rest there are still some negative perceptions: 47% believe vegan foods don’t taste as good and 31% think meat-free foods are too processed to be healthier than meat (Source: Mintel and IGD ShopperVista).  There is also an acknowledgement amongst consumers that a fully plant-based diet would be more complex to follow and 57% say they are concerned they would miss out on key nutrients (Source: IGD Shopper Vista).  There are also concerns that the hyper-processed nature of some plant-based products could be at odds with the needs of consumers who are looking for healthier lifestyles.

Impact on red meat and dairy

There is an interesting paradox that as demand for plant-based has grown, so too has consumer demand for meat protein (up 2% year on year).  This is fuelled both on a global level by increased affluence leading to better diets, and on a more local level by growing interest in health being manifested by more protein being a consideration.  The long term trend has been for reduction in beef and lamb consumption, due to factors such as cost and convenience but in the last three years the picture has been more mixed with some periods of reduction mixed with periods of growth that have been impacted by factors such as weather.  Fresh pork has been in growth over the past year. In practise that has meant that the bulk of losses for red meat (86%) have gone to chicken and fish rather than to plant-based (Source: Kantar).

As individual concerns about reducing environmental impact continue to grow then this will provide continued impetus to adopt a more plant-based diet.  City investors remain keen to invest in a space they see as ripe for disruption – the share price of Beyond Meat doubling in the first day of floating on the stock exchange is evidence of that.  More processors, such as Tyson foods and Danone, are also becoming “protein-neutral” and launching plant-based lines, alongside their traditional products.

Amidst this backdrop it is key for meat and dairy manufacturers to look for opportunities to innovate to ensure they meet key consumer needs as closely as possible and to take measures to build consumer trust as discussed in this recent report (https://ahdb.org.uk/consumer-insight-trust-transparency-and-traceability). 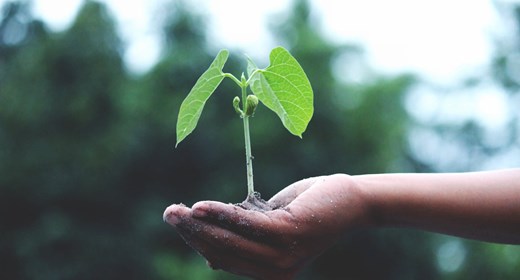 Consumer Focus: The rise of plant-based food products and implications for meat and dairy 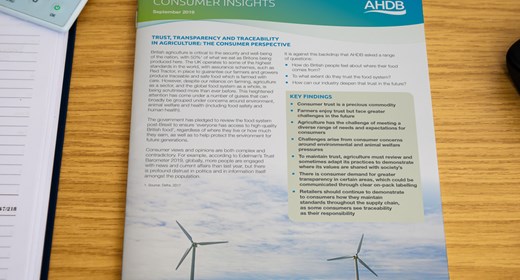