A new report from the Agriculture and Horticulture Development Board (AHDB) highlights how the red meat sector could increase its share in the digital market.

Online is one of the fastest-growing channels in grocery retail, rising by 30 per cent in the last five years and currently worth £8.6 billion a year (Kantar).

But shoppers are wary about ordering some cuts online, preferring to pick fresh foods themselves, meaning red meat is under-trading compared to its performance in-store.

To remedy this, AHDB commissioned agency Two Ears One Mouth to carry out research to better understand what influences the behaviour of online shoppers and identify opportunities to remove barriers to buying meat online.

The report, Consumer Insights: The Online Meat Shopper Journey, analyses the results of this research, identifying the key differences between online and offline shoppers and making recommendations on how red meat could position itself better in the digital marketplace.

It found that online shoppers were more likely to buy cuts packaged consistently, such as sausages, mince and bacon but were reluctant to purchase high-value and variable products like steak and roasting joints. 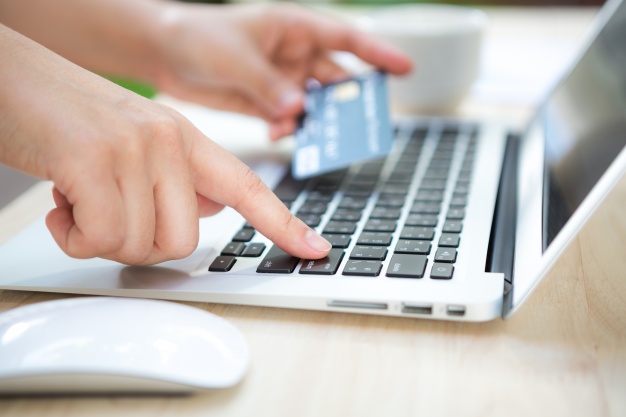 Of those who said they would buy these cuts in the supermarket but not online, a quarter said they wanted to check its quality, one in five its leanness and six per cent said they had difficulty determining the right weight to order.

Those who did buy meat online were inclined to use tiering, such as premium or economy ranges, as a proxy for quality, which won over price as a vital consideration for online shoppers. While quality, price and provenance topped the list of criteria for online shoppers when asked, the research revealed at the point of purchase, practical factors such as knowledge of how to cook the product, whether it was freezable and convenience grew in importance.

Promotions were found to be more important online, with 45 per cent of shoppers saying their last meat purchase was bought on promotion against 30 per cent in store. 47 per cent of online beef or lamb purchases were on promotion and 44 per cent for pork, as opposed to 21, 39 and 35 per cent respectively in the shops. With online grocery attracting more than its fair share of families with young children, having promotions all in one place could be attracting cost-conscious shoppers.

Innovate to stand out

Report author and AHDB Analyst Zoe Avison said: “Online grocery is forecast to grow strongly over the next five years and retailers are investing and innovating to make it more economically efficient for them and easier for their customers, whether it be by using artificial intelligence to improve the shopper experience or autonomous delivery robots to cut logistical costs.

“To increase its share in the digital market, the red meat sector also needs to innovate to stand out online and encourage customers to put its products in their shopping baskets. From the initial meal planning phase right through to purchase, there’s an opportunity to position red meat in the minds of online customers by communicating different aspects of its appeal depending on what’s influencing their decision-making at the time.”

For all AHDB’s research, analysis and insight into the latest consumer and retail trends, visit www.ahdb.org.uk/consumerinsight

The report is based on research conducted over the summer of 2019, commissioned by AHDB and conducted by Two Ears One Mouth, an agency specialising in shopper research. This research follows on from a previous study of the in-store shopper journey for meat published by AHDB in 2018.

The research involved interviewing 800 shoppers immediately after completing a typical online shop, as well as observations, where participants filmed their online shop including up to two proteins per participant. An online usage and attitudes survey also explored attitudes to meat shopping online in general and asked in-depth questions about a recent meat purchase. This allowed a comparison between recalled and in-the-moment behaviour, uncovering differences between what shoppers claimed and what they did.

The sample was representative of the GB population but restricted to those who had shopped online for groceries (including meat) in the past six months. Shoppers were classified as heavy (shop online for groceries once a fortnight or more), medium (every three to four weeks) or light users (less than every four weeks.)