The impact of climate change is already being felt, and consumers are becoming more aware of their personal impact on the planet. It is no longer someone else’s problem to solve but something everyone has their part in preventing. The debate has broadened from specifics relating to climate change, to a range of consumer issues and interests relating to the planet, from bee populations to single use plastics.

One area where environment is a concern is within food production. In consumer research conducted by AHDB with Blue Marble Research, we asked consumers what is important when choosing food. Value for money and personal health came out as top priorities, while environment provenance and welfare considerations followed on par. When thinking about food production, 17% of consumers cited issues relating to the environment as a concern, behind food safety at 26% and ethics (including animal welfare) at 22%. Within environmental concerns, the term ‘sustainability’ was quoted most by consumers. This umbrella term encompasses a wide range of issues to consumers, some of which may not be understood in great depth.

When we look at farming, there is conflicting information around how environmentally impactful certain practices are, but which are the big issues from a consumer’s point of view? And how can farming and related industries react to combat consumer concerns?

New research by AHDB with YouGov has shown that, when asked what concerns consumers have around food production, plastic usage in product packaging came out top, with 86% of consumers claiming to be concerned.

Of the options given, methane gas emissions from farming came out the lowest, with 51% of consumers concerned, but only 15% of consumers saying it had actually influenced what food they bought.

Blue Planet 2 brought the impact of plastic pollution on our oceans to the forefront of the British environment debate. Since it first aired in October 2017, the coverage of unnecessary plastic use hasn’t died down, with Sir David Attenborough even attending Glastonbury this year to continue to drive awareness.

Research by YouGov suggests 8 in 10 are trying to cut down on the amount of packaging they buy, and half would be willing to pay more for eco-friendly packaging.

This desire from many consumers to minimise plastic has led to many retailer initiatives to try to tackle the amount of packaging they use. Most retailers have released statements or plans to reduce the amount of plastic in store. For example, Aldi has recently announced it will remove plastic trays from steaks, instead trialling a cardboard alternative. Morrison’s and Waitrose are trialling self-service dispensers for dried goods such as cereals and pasta, and Iceland has pledged to go plastic-free by 2023.

Despite the government committing to cut greenhouse gas emissions to net zero by 2050, methane gas emissions from farming came out as the lowest priority for consumers. Other issues relating to farming such as water pollution and glyphosate usage came out as more of a concern. However, methane emissions are more of a driver for vegetarians, pescatarians and vegans, with 74% of this group being concerned. Over the last year alone, we have seen an increase of 28% of people citing environment as a reason for becoming vegan or considering veganism (AHDB/YouGov Apr/May 2019).

Perhaps unsurprisingly for consumers, plastic is the issue over which they have the most personal control and is most visible when shopping. However, plastic use is part of the entire supply chain, which might become more of a concern in the future.

With plastic, the most salient issue and more personally actionable, 59% of shoppers claim that plastic packaging had affected their decision when making food purchases. This rises to 83% of those who are very concerned about plastic (AHDB/YouGov Apr/May 2019). Though there is some understanding from consumers that going plastic-free is hard, for both consumers and the supply chain. To see more about what could be done in retail to make plastic that is used reusable or recyclable: ahdb.org.uk/news/consumer-insight-pack-it-in-options-for-reducing-plastic-use-in-meat-and-dairy

This highlights the importance of informing consumers at point of purchase on the environmental and sustainability credentials of your product, to stand out from others and build trust in farming standards.

Trust in the food industry

It is clear that, although some consumers have environmental concerns, this does not always result in behavioural change. More research needs to be done on what consumers are looking for in environmentally sustainable products, what they mean by those terms and how they expect the industry to meet those needs. Firstly, monitoring this and understanding where consumers get their information from in relation to food production is critical. This is why AHDB has launched a report focusing on trust, transparency and traceability in the supply chain [ahdb.org.uk/trust2019] 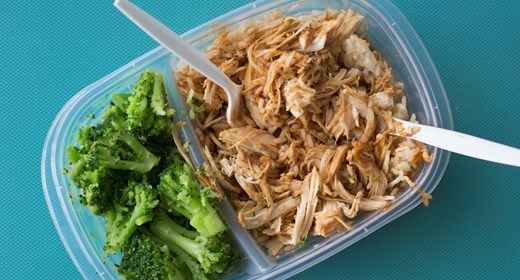 Are you watching your waste? 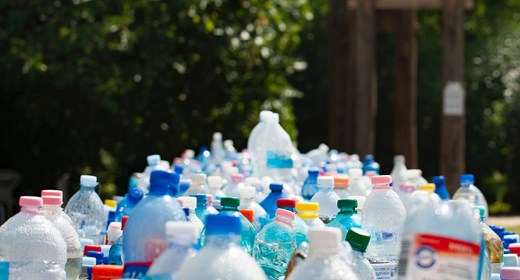 Pack it in! Options for reducing plastic use in meat and dairy

Will a pledge against plastic change how food gets wrapped up?