In the latest quarter, UK economic growth was decidedly sluggish. Growth has been slow for the last two quarters, often blamed on Brexit uncertainties. However, Brexit is not the only cause – countries around the world are experiencing slower growth than usual amid geopolitical tensions and an escalating trade war between the world’s two biggest economies.

Global trade has, over the last 30 years, trended towards greater openness through the gradual dismantling of trade barriers with the help of the World Trade Organisation (WTO) and greater economic integration. However, the last couple of years have seen a return to protectionist instincts.

The USA has engaged in trade disputes with a number of key trading partners, most notably China, in response to what it perceives as unfair trade practices. Tariffs have been imposed on goods ranging from soya to steel in a tit-for-tat trade war that has caused significant disruption to the flow of goods. To compound the problem, the US has blocked new appointees to the WTO’s appellate body, which settles disputes between countries. Two of the remaining three appointees are due to reach the end of their term of office on 10th December. As the body needs a minimum of three members to rule on cases, it will cease to operate unless new appointments are made.

The effects of the trade war are also felt beyond the borders of the US and China. For example, the British aerospace industry supplies high value components to aircraft manufacturers in the US. Chinese tariffs on American aircraft means lower demand for planes and lower demand for their components. Highly interconnected value chains mean that most countries are affected by the trade war, even minimally. Though tariffs protect domestic producers, they effectively act as a tax on users of imported goods which has pushed up prices for manufacturers and consumers in both countries.

Global trade has slowed and the IMF has cut its forecast for global growth in 2019 to 3%, citing trade barriers and geopolitical tensions as key drivers. This is the lowest growth rate seen since the global financial crisis. Industrial production has slumped as manufacturers delay investment, uncertain of how trading arrangements will affect their businesses.

Agricultural products are often targeted in these disputes because, unlike many other industries, prices quickly respond to changes in supply and demand. Agricultural products are also highly interconnected: the US has been left with an oversupply of soyabeans following Chinese tariffs, dampening prices across soyabean and oilseed markets, despite poor harvests of oilseed rape in Europe. In a dispute about EU subsidies to Airbus, the WTO has now ruled in favour of a US proposal to apply $7.5 billion of retaliatory tariffs, many of which are on agricultural products including dairy and pork.

There are opportunities too and, over time, supply chains will adapt to new trading arrangements. Nixon-era trade barriers helped Brazil become the second biggest soyabean producer in the world and the latest round have further benefited Brazilian soya farmers who have diverted much of their crop to China. Mexico and Vietnam have stepped up their exports to the US, enjoying higher prices for their goods than they would have otherwise received.

Overall, however, the short term picture remains gloomy, dampening UK growth and consumer confidence. We’ve seen a return to recessionary behaviours, affecting demand for certain food products as people trade down, have more meals in the home and tighten the purse strings. There are hopes that ongoing negotiations between the US and China will yield positive results. However, the new US tariffs on EU products mean disruption looks set to continue. 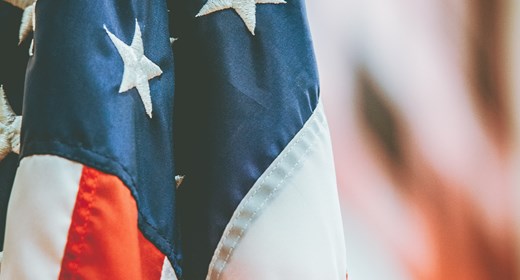