Grocery habits are being reshaped as we adapt to life under lockdown. Where we shop and what we buy has changed, with some notable winners. A rise in home baking and the sunniest April on record have helped stimulate demand for some meat and dairy products, while the loss of Easter gatherings has impacted others, particularly lamb.

Total spend on food and drink (excluding alcohol) in the four weeks to 19 April was £7.2 billion, an increase of 8.2% year-on-year (Kantar). This is down from last month’s extraordinary growth (22%) but still represents a significantly elevated level of spend. Meals that would have taken place in the workplace, school or restaurants have been added to the weekly shop but, according to YouGov, 40% of us also report eating more since the lockdown began. Although we are feeling bored and frustrated, there are signs that the national mood has slowly begun to recover since lockdown was implemented. We are settling into our new normal.

The economic impacts of the lockdown, however, are being felt across the country. According to a survey by CGA, 83% agreed they were very concerned about the long-term financial implications of the coronavirus, while 39% were worried about their own job security. This economic anxiety is likely to play a much bigger role in grocery choices over the next few months and, potentially, years. Despite these financial concerns, retailers have scaled back promotions in order to manage supply and limit shopper stockpiling. This means that promotions dropped to 24% of total grocery sales in this four-week period – down from 32% before lockdown (Kantar).

There are signs that we are respecting lockdown conditions in terms of our shopping habits. In normal times, Kantar data shows households would typically shop for groceries 17 times in a month. However, in the four weeks to 19 April, the ‘big shop’ made a return, with households venturing out for groceries only 14 times, a record low. This was offset by a boost in basket size: spend per shopping trip was up by 37%, compared to April last year.

Government advice to stay at home has benefited some grocery channels more than others. Convenience stores saw sales grow by 39% compared to last year, aided by people shopping closer to home. Online grocery, which last month accounted for 7.4% of the market, took 10.2% of sales in April, with the greatest increase coming from older shoppers.

Total meat, fish and poultry (MFP) sales were slightly behind the overall food and drink average, with spend up 4.6% and volumes up 4.1%.

While MFP volumes sold via the big supermarkets have dropped back in line with the wider market trend, butchers’ sales remain very strong. MFP volumes were up 43% at butchers’ shops, consistent with last month’s uplift of 42%. This was driven bigger basket sizes and also by a greater share of households visiting butchers this year.

Primary red meat is an important staple, bought by 71% of households. Importantly, it looks like households are returning to red meat in the home, as this is the highest level seen in over five years.

In addition to this, volumes of British primary red meat grew twice as fast as the market average. British produce therefore increased its share of primary red meat volumes in this four-week period. Research from Nielsen suggests that there has been a rise in local origin preference since the onset of Covid-19 in the UK, with half of shoppers now claiming that they prefer to buy British/locally sourced products (Nielsen Homescan Covid-19 Survey, April 2020).

Beef was still the strongest-performing protein, with volumes up 12% on the same period last year. Mince remains the dominant cut, with share of primary beef volumes up 9 percentage points year on year, at 60%. Steak and stewing share of volume are largely stable (15% and 10% respectively). In contrast to the wider grocery market trend, there was an increase in promotions of beef steaks this year, with 33% of steak volume sold on promotion, vs 26% a year ago. Roasting joints declined 20%, squeezing share of volume down to 15% (from 23% a year ago). The warmer weather this year hasn’t leant itself to roasting sales.

While the warmer weather likely hindered sales of roasting joints, barbecue season appears to have started early, with beef burger volumes up 28%. In addition to this, added-value products experienced significant uplifts, adding just over £3m to the beef category in this four-week period, with ready-to-cook beef products up 42% and marinades up 31%.

When looking at the two-week run up to Easter this year, vs Easter last year, leg roasting volumes were down 37%, while shoulder declined by 15%. This is despite an increase in the share of volumes sold on promotion. This shows the extent to which Covid-19 has had an impact on this celebration and could have on upcoming seasonal events. More analysis on Easter, and its impact on lamb, will be published later this month. Sign up to the Consumer Insights newsletter to receive this.

Chops and mince were still in strong growth, both up 14% in volume terms. Smaller households drove the increase for chops, indicating that while a roasting joint may be too large for isolating households, chops can still play a role.

Pork/pigmeat volumes were up 6% overall. Processed was again the biggest contributor to growth. An extra £50m was spent on processed pigmeat during these four-weeks, equating to 5,200 tonnes. Sausages were up 26% in volume terms, while bacon was up 15%. The stronger performance of sausages is likely linked to their role as a barbecue staple.

Primary pork had a stronger performance than last month, with volumes up 10%. All cuts grew this month, with the exception of roasting, again impacted by warmer weather.

Volumes of dairy sold in April were up 9.2% compared to 2019 with growth driven by milk, of which an additional 38 million litres were sold compared to last year. This is the highest volume of milk sold in April in at least the last five years. Since last April, the average price paid for milk in retail has risen by 8% to 64p/litre.

The volume of cheese sold through retail has also grown, up by 15% year on year. The strongest growth, however, has come from butter and cream (+24% and +30% respectively) which may have benefited from a widely reported surge in home baking. According to YouGov, 49% of us report having done home baking while under lockdown.

Yogurt has not performed as well as the rest of the dairy category, with volumes in April flat year on year, despite total food and drink growing by 8%.

Retail sales of fresh potatoes under lockdown are 15% above where they were last year, in volume terms. The biggest contributor to this was a large increase in the volume of potatoes bought per trip which reached 2.1kg in the four weeks to 19 April, up by 13% on April last year.

Despite sunny weather, new potatoes have seen the weakest growth, up by only 2% in volume. Instead, growth has been powered by baking and maincrop potatoes.

Processed potato products have shown mixed fortunes. Chilled potatoes saw volumes drop back 21% year-on-year. Frozen potato volumes, however, grew by 13%, offsetting losses to chilled. This is down from March’s growth of 30% but still represents an extra 4,900 tonnes compared to April last year, and is significantly faster growth than total food and drink.

Based on latest retail sales, encompassing the first four weeks of lockdown, the uplifts we have seen in sales of beef and pork are not sufficient to make up for lost volume in the eating-out market.  The situation for lamb is even more challenging, as retail sales have dropped at the same time as foodservice volume has been lost in eating-out. Demand for potatoes is more positive as the volumes gained from retail appear similar to those lost in the eating-out market. Dairy products, particularly cheese and spreads, have also seen significant retail growth, although may not be enough to offset losses to foodservice.

To explore the data in more depth, visit our retail data dashboards for a look at the latest 52 weeks and 12 weeks of sales. 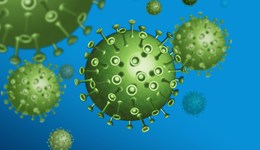 Covid-19 – What to make of the economic outlook for UK

Economic forecasts regarding the size and shape of the recession in the UK, triggered by Covid-19 vary, but all agree it will be the biggest we have seen since the 1940’s. 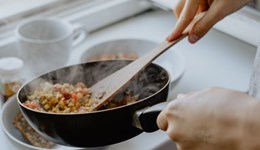 Home cooking rekindles love of meat and dairy during lockdown

Consumers have returned to comforting food staples they know and love, including meat and dairy, during the coronavirus crisis as they cook more home meals.

Trust in farming and coronavirus

How has the current climate affected consumer views on farming? 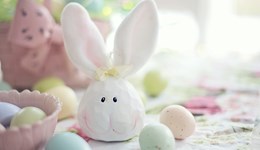 Coronavirus lockdown has a big impact on lamb sales this Easter

With the coronavirus crisis at its peak and UK in lockdown, it was no ordinary Easter this year.

How the coronavirus lockdown has impacted sales of meat-free products 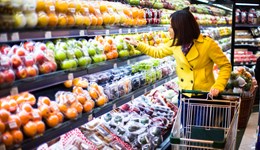 Does coronavirus offer a glimpse at the impacts of future policy?

MI Director Phil Bicknell says the UK's recent challenges could hint at the long-term impact of future policies, such as the Agriculture Bill and trade discussions. 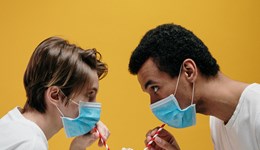 The lockdown exit plan and what it means for foodservice

What does our new recovery plan mean for foodservice, and how soon can we expect to be back to normal? 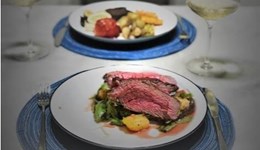 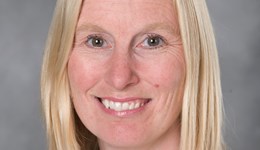 Christine Watts, AHDB Chief Officer for Communications and Market Development, on how the industry has come together during the COVID-19 outbreak.

Life under lockdown: our new normal 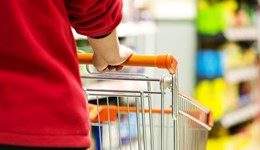 Coronavirus: When will things get back to normal? 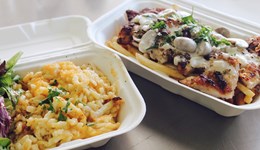 The use of takeaway food delivery is wavering during lockdown, but there are still some opportunities for independents and big brands 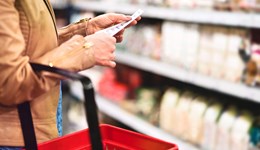 How the stay-at-home routine is impacting the retail sector 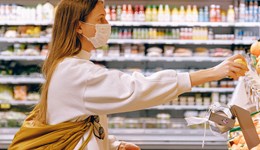 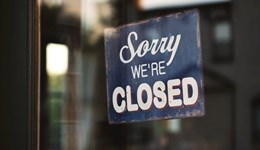 How closures will affect meat, dairy and potatoes 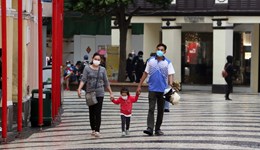 How retailers and consumers reacted to lockdown

Retail and foodservice – what we know so far

What we know so far in a rapidly changing picture 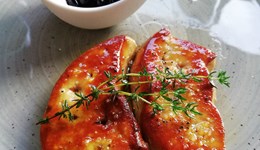 Offal contributed just over £27m to GB grocery this past year 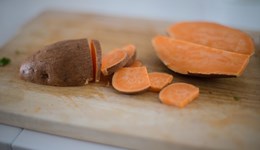