The gap in ex-farm prices for feed wheat and feed barley has widened during July.

After high temperatures towards the end of June, July started much cooler. Moving towards mid-July, the temperature began to rise slightly as harvest got underway. The crop conditions did begin to generally improve, although this was also accompanied by heavy rain in some regions and scattered thunderstorms. This unsettled weather throughout this growing season has impacted yield potential in many regions and while it is still too early to say, it might be reasonable to expect lower yields than we have seen in recent years for many growers.

In the UK, a large barley crop and reduced wheat crop is still anticipated, based on plantings earlier in the year, and this is beginning to be reflected in the price.

The barley price has already begun to show early signs of decline. With more pressurising factors, including an increased 2019/20 carry out, potential front loading of exports to circumvent possible Brexit export tariffs and a heaviness of maize in the global market, there is little support expected for barley.

Adjustments to the global wheat surplus by the International Grains Council (IGC) have shown declines in the global wheat production forecast. Russia, the EU-27, Ukraine and Argentina have all seen reductions in the anticipated size of their wheat crop. While this has offered some support to wheat prices, the fairly large global wheat surplus and expected bumper Australian crop could keep a lid on any significant gains.

With the UK moving to be a net importer during the next marketing year, domestic markets will be capped at import parity. Dynamics in the global wheat markets and the value of sterling will have a greater impact on the price the UK can market its wheat.

Although the USDA reduced its global oilseed production estimate for 2020/21 in its June report, at 604.2Mt it will still be up on the year. Global consumption is also set to rise to around the same levels.

Meanwhile, Oilworld forecast that rapeseed meal production will decline to a nine-year low in 2020/21, to 12.7Mt..

With current estimates for UK OSR production hovering around 1Mt, the UK will be heavily reliant on imports within the oilseed sector this season. The challenging weather conditions this season, plus persistent pest damage have severely impacts the OSR area in the UK, and the dry spring conditions continued to compromise an already challenged crop. As harvest moves forwards, we will see how this has played out in yields. However, while this may offer some support to prices they will be capped at import parity, keeping prices in line with some of the major exporting countries including Ukraine. 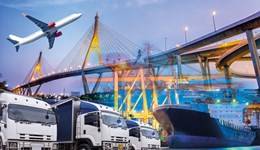 Global pork production is expected to be 96 million tonnes in 2020.

In the week ending 1 August, the GB EU-spec SPP fell again, by half a penny on the week to average 164.68p/kg.

EU pig prices have weakened since the last update, although more recently have begun to show some stability.

Hide News article from Queries: No