UK feed wheat futures have been edging up in recent weeks. The Nov-20 contract closed at £181.80/t on 28 September, an increase of £12.80/t since the start of the month due to a range of factors.

Harvest has now reached completion across most of the UK, especially in Central and Southern regions. After a stormy period at the end of August, the weather has been calmer with less rainfall in mid-September allowing some respite for farmers to finish up their harvests and begin early drilling.

According to the 5th AHDB harvest report, based on 98% completion, estimated yields for winter wheat are 7.1 -7.3t/ha and winter barley yields are estimated at 6.5 – 6.7 t/ha. These are both back on the five year averages (8.4t/ha and 7.1t/ha). Spring barley yields are predicted around 5.8 – 6.1 t/ha based on 97% completion, largely on par with the five year average.

Straw yields remain lower than last year, although many growers are baling as much as they can, especially in regions where there are greater numbers of livestock. The August storms put a temporary halt to baling for some, unable to get on fields and choosing to chop the straw instead to ease drilling. This challenge is currently being reflected in the straw price, which has been slowly increasing in recent months.

Global stocks of wheat remain high, despite a low production figure domestically for the UK. Due to this, the UK continues to operate at import parity, which will cap any large gains. However, we may see a greater divergence in delivered prices, if more imported grains need to be hauled across the country from ports in the East. With the UK futures market being capped at import parity, global market movements could have an amplified impact on the domestic price this season, especially if they move in a deflationary manner.

Barley remains in large supply in the UK, with a considerable exportable surplus despite some of the yield pressures realised in this year’s winter barley crop. With barley operating at export parity, prices are being pressured and the relatively bearish outlook for domestic prices persists.

The average yields for winter oilseed rape is estimated at 2.7 – 3.0t/ha in the most recent harvest progress report, notably down on the five-year-average of 3.5t/ha. Given the poorer yields and the significantly reduced planted area this season, supply of domestic rapeseed will be tight.

The UK is currently having to import rapeseed in order to fill demand. However, with the EU rapeseed harvest also being relatively poor (although Germany performed better than predicted), a greater requirement is placed on imports from Ukraine. Canadian and Australian rapeseed imports will likely be required later in the season to shore up EU demand.

Soyabeans markets are still being dominated by the ongoing trade between US and China. China continues to import record volumes of soyabeans, helping to support global prices. Crop conditions in the US have been improving, although prolonged dry conditions in South America will put some pressure on prices. However, Brazil is forecast to plant a record area this season, supported by significant export volumes amplified by their weak domestic currency.

During September, sterling remained weak in comparison to both the Euro and the Dollar, allowing UK exports to be priced more competitively. As the month has progressed, sterling did show some slight gains although these were short-lived and as at 30 September exchange rates were at 1GBP=1.09EUR. 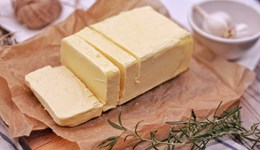