On 11 May the UK Government released its roadmap for reopening Britain, after seven long weeks of lockdown. Foodservice closures have significantly disrupted agricultural supply chains, causing particular pain for certain sectors. What does our new exit plan mean for foodservice, and how soon can we expect to be back to normal?

The recovery strategy sets out a rough framework for our exit plan. However, as public health is a devolved issue, each nation of the United Kingdom is establishing its own exact steps. All details released so far indicate a staged approach, with progression between stages contingent on successfully keeping transmission of the virus at manageable levels. This is the same approach other countries are taking as they begin to ease lockdown.

In general, the order in which countries plan to reopen businesses is based on which sectors have the lowest risk of transmission and which are the most important for the economy to function. For this reason, outdoor and low-contact businesses are usually the first to open. Schools, important for getting people back to work, are often in the early stages of recovery too.

Bars and restaurants are usually in the latter stages of a country’s plans. In the plans set out for England, pubs and restaurants won’t open until stage 3. The current planning assumption is that this will be 4 July at the earliest. Crucially, progression to the latter stages will depend on whether earlier easing of restrictions has caused a surge in infections. Any setbacks could mean a reset to the beginning of the process, meaning full opening of foodservice could be some way off.

Some countries have set a threshold which, if exceeded, triggers a return to restrictions. In the Czech Republic, this is 400 new cases a day. In Germany, a threshold is set at district level to allow restrictions to be localised around clusters of infections. Plans released in the UK indicate that a regional approach will be taken here too, so that an outbreak of cases in Birmingham will not necessarily mean restrictions being reintroduced in Newcastle.

However, in most countries, once bars and restaurants are allowed to open they will be asked to observe strict social distancing and hygiene rules. Those with outdoor tables are being allowed to open first in the Czech Republic, Spain and parts of Germany. In Spain, restaurants will be limited to only 30% occupancy, to allow spacing of customers and staff. In Hong Kong, a maximum of four people are allowed per table.

In the UK, COVID-19 Secure guidelines are being drawn up for sectors as they reopen, to help them operate safely. According to the roadmap, some venues which are, by design, crowded may not be able to open in stage 3, or may only partly open. COVID-19 Secure guidelines for pubs and restaurants are not yet in place, but many hospitality businesses have expressed serious concern about their ability to operate profitably at a reduced capacity.

In addition to this, many foodservice operators rely on passing trade and spontaneous social occasions. In normal times, a concession within a travel hub like Birmingham New Street station would expect bustling trade. However, 44% of workers are now working from home (ONS) and it is likely they will continue to do so, even when we reach stage 3, as it is possible for them to continue working without increasing the risk of transmission. A lack of footfall through our urban areas will impact some parts of the foodservice market disproportionately, particularly food-to-go and daytime occasions.

We may also see fear of the virus limiting a return to normal – an IPSOS poll at the end of April found 61% of people would not feel comfortable going to bars and restaurants if lockdown was lifted within the following month. Delivery and takeaway, which accounted for 8% of the foodservice market before lockdown, may continue to be a more palatable option for many.

However, anxiety about job security and a hit to disposable income will likely impact spending on foodservice significantly. A quarter of Britain’s workforce is now furloughed under the Government’s Job Retention Scheme and, since mid-March, there have been 1.8m new claims for Universal Credit. 43% expect to be financially worse off in the year ahead (IGD 1-9 May 2020) and a third say they intend to save money after lockdown by not eating out as much (AHDB/YouGov April 2020).

Managing the transition out of lockdown is an unenviable task and Government will no doubt be carefully watching the experiences of other countries. Where restrictions have been lifted, infections have begun to rise again, including in China, Germany and South Korea. According to the UK’s recovery strategy, social distancing of some kind may be with us until a reliable treatment (i.e. a vaccine or drug) is developed. That, combined with a grim economic outlook, makes for a difficult time ahead in foodservice. 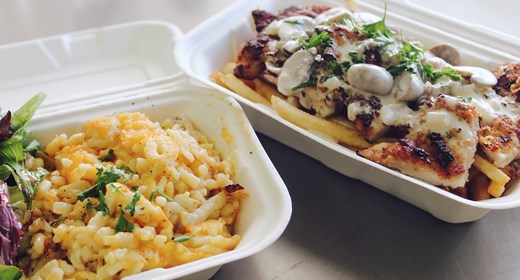 Life under lockdown: our new normal