With the impact of Covid-19 and an earlier than usual peak in hot weather, this year’s summer has been like no other. As the government introduced a UK-wide lockdown between March and July, we saw the closure of foodservice outlets, leading to a significant increase in meals eaten in-home. This trend continued throughout the summer, even as restrictions started to ease, resulting in consumers spending more in supermarkets and, therefore, increasing total grocery spend throughout summer by 15.2% year-on-year (Kantar, 20 w/e 06 Sep 2020). One area which excelled this summer was barbecues, highlighting many opportunities for AHDB sectors.

We barbequed more, but differently…

With more people staying at home due to lockdown and new ways of working, we saw significant growth in BBQ’s this summer, with 100 million occasions between April and August, up 44% year-on-year and 18% higher than the scorching summer of 2018. Due to warmer weather starting earlier in the year, we saw 21 million BBQ occasions in April alone, a rise of 391%. BBQ’s reached their peak in May, with 31 million occasions. The trend started to slow in July as restrictions eased and consumers gained more confidence to return to local pubs and restaurants, fuelled by the government funded ‘Eat-Out-to-Help-Out’ scheme. Overall, the increase in occasions and spend, boosted the BBQ market by £12.4 million, according to Kantar (16 w/e 9 Aug 2020).

Due to government restrictions on socialising, fewer people were present at BBQ’s this year. Like previous years, weekends proved most popular for BBQ’s, accounting for 49% of all occasions, but weekday occasions saw growth as people were asked to work from home. Key drivers behind this increase were consumers wanting a change, as well as many seeing BBQ’s as a treat or reward.

Burgers, the traditional BBQ favourite, helped drive significant growth in the beef category, featuring at an additional 15 million BBQ occasions – up 76% year-on-year (Kantar, 16 w/e 9 Aug 2020). The increase in consumption of burgers was driven by consumers who ‘wanted a treat’. While steak consumption rose by 25%, the overall increase in BBQ occasions highlights an opportunity exists to grow this market share by inspiring more consumers to buy into steaks.

Total pork consumed at BBQ occasions was up 56% on the previous summer. The number of sausages consumed at BBQs rose 48%, with ‘taste’ being a key driver.

From a total grocery perspective, not necessarily at BBQ occasions, marinades, which are common at BBQs, increased 16.6% in sales volume over the summer compared to 2019. Beef and pork marinades did particularly well, with the uptake of lamb marinades, a smaller category, following a similar trend. The key drivers behind the increase in demand for marinades were consumers who wanted more variety on their BBQ.

At a total grocery level, not necessarily at BBQs, total cream volumes increased 33.4% on summer 2019, with clotted cream almost trebling its percentage share of total cream occasions (an additional 11.3 million occasions). In July alone, 448,000 litres of clotted cream were consumed, which could be the result of more homemade and shop-bought puddings being consumed at BBQ’s.

Potato sales simmered but did not reach the boil

This summer, shoppers purchased larger volumes of potatoes. However, despite there being 20% more potato occasions at BBQs (an increase of 4 million occasions), it was not to the same level of total BBQ growth, therefore potatoes lost out on share of BBQ occasions overall. This may suggest that by providing potato-based recipe inspiration in food retailers, the purchase and consumption of potatoes at BBQ’s could increase.

A lack of inspiration, rather than a conscious reaction to trends such as veganism, was at the heart of the pre-Covid-19 reduction in meat, fish and poultry consumption, new AHDB research has suggested.

Consumers had 100 million BBQs this summer. What does this mean for meat, dairy and potatoes?

A second lockdown: What it means for consumer demand

What does a second lockdown mean for the out of home market?

Consumers are using many tactics in store and at home to save money. 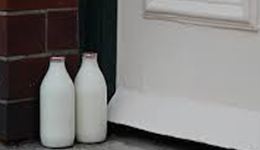 The return of the milkman?

During lockdown we saw an increase in the number of shoppers using milkmen.

Volume promos will be banned for products high in fat, salt or sugar

It’s slightly surprising, and against logical thought, that the price of wheat does not translate directly and proportionately to the price of bread

For some ‘Super Saturday’ was the day they had been waiting for, the appeal of beer on tap and restaurant food enticing them back out-of-home, but for some it will take more time to feel confident venturing out.

Steak is now taking a larger share of the market

Shoppers looking for new ways to buy during lockdown

Lockdown has led to a surge in interest in consumers buying direct from suppliers, including food boxes and meal kits.

Has lockdown influenced our need for healthy foods? 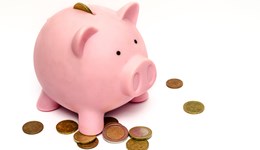 In an ever increasingly competitive environment dairy products are having to constantly innovate to maintain their place on the supermarket shelf.

During the first 12 weeks of lockdown, British shoppers spent an extra £45m at butchers’ shops than in the same period last year. 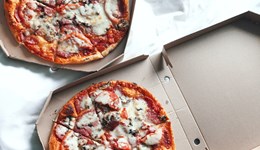 Takeaways and food delivery under lockdown

The takeaway market declined by 41% in the month up to mid-April, but things are starting to improve

How lockdown has influenced the consumer landscape

Changes in shopping behaviour, the rise of in-home eating and the media focus on coronavirus have all influenced consumer behaviour