After reviewing his nutrition management he made the decision to reduce sorting by soaking concentrates overnight. In just a few weeks he saw his milk yields increase by 1.5 litres per cow.

Willie, who farms in Lanarkshire in southern Scotland, joined the strategic farm programme in 2018, with the aim of increasing his lifetime milk yield from 11,400 litres to 12,000 litres, through making changes to both nutrition and herd genomics.

Independent nutritionist Hugh Kerr worked with Willie to identify possible changes to his feeding regime, which would improve the dry matter intake of his 310 strong herd of pedigree Holsteins. 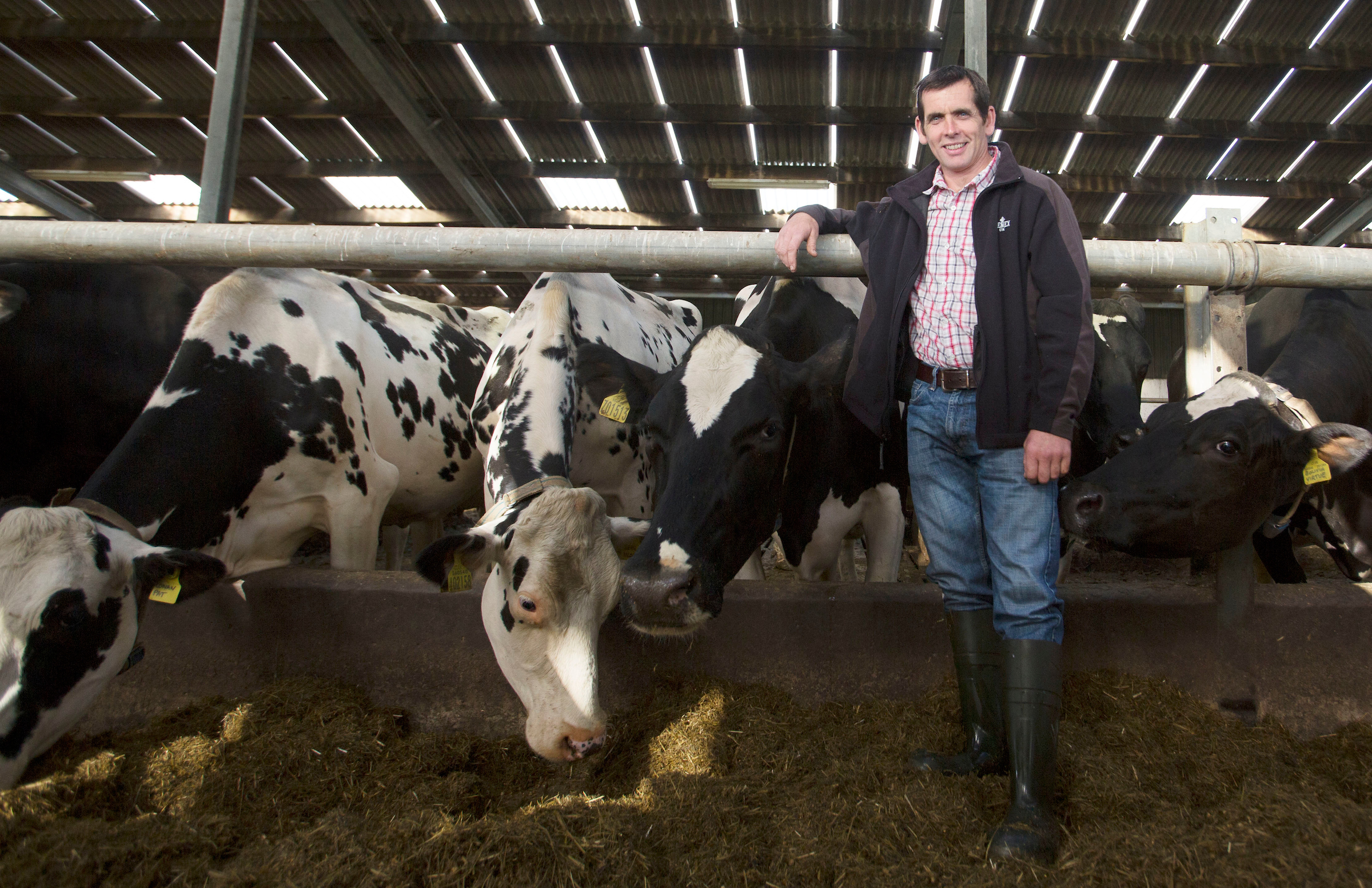 After lively discussions with other local farmers at the Willie’s first open meeting, Willie decided that soaking concentrates was most likely to make a difference to his performance, and he was right.

“We got a lot of good feedback on soaking concentrates,” Willie explains, “quite a few of the group were doing it and seeing good results. It also seemed likely to fix something we have seen quite a lot of here at Hillhead, which is sorting, and hopefully increase cudding, which we all know is vital.”

Nutritionist Hugh has worked with a number of other farms who have also seen the benefit of soaking concentrates.

He says: “I have good evidence that if you add water to a ration that is 40-45% dry matter you will get more milk from the same feed.

“It’s really a behavioural thing, it means cows don’t have to visit the water trough as often and they will eat bigger meals if they are already wet. What we find is that they spend more time lying down, and of course that is when the milk is being produced, hence improved yields.”

Willie has also changed his ration slightly by trying to make starch feeding as rumen friendly as possible. Instead of feeding a rolled cereal, he is now feeding a wholegrain wheat which has been treated with caustic soda.

“The particle size of the wholegrain is bigger so that improves digestion through taking longer to work through the rumen,” Hugh explains. “Through treating it with caustic soda we have raised the pH to approximately nine which helps ensure there is no acidity or inflammation of the gut.”

In general Hugh’s first priority is ensuring the cows are getting enough dry matter, as there can be a lot of variation between and within farms.

“I often speak to farmers who don’t understand why, when they have put together what they believe is really good ration, that they don’t see results in terms of milk yield.

“But we need to spend more time monitoring what is going in, rather than focusing too much on what is coming out. One way to be sure is to weigh what the cows are actually eating, there is often a real difference between what we think they are getting and what they are actually taking in.

“And always, always review what you are feeding regularly, just because it worked well at the start of winter doesn’t mean it will still work well by the end.”

Feeding more than once a day

Another way to increase yields is to feed more than once a day, something that might seem simple, but isn’t necessarily the norm.

For Willie’s system feeding once a day and pushing up six times has kept his yields high, but other farmers have seen real improvements simply by going from feeding once to twice a day.

Hugh explains: “All the trials work I have seen/been involved with would suggest that if you move to twice a day feeding you will improve dry matter intake by 10-15%, which should then result in increased yields.

“In fact feeding twice a day is far more valuable than pushing up simply because the more you offer cows fresh food, the more they eat.”

Strategic dairy farms help farmers learn from each other through regular on-farm meetings where we will share key performance data and showcase what the top performing farmers are doing.

They form part of the Optimal Dairy Systems programme which aims to help dairy farmers lower costs and increase efficiency by focusing on either a block or all year round calving system.