About Vale of Belvoir Monitor Farm

Sherwood Farms is also home to 72,000 laying chickens, a mixture of free range and colony. The eggs are packed and sold onsite. Both James and Michael want to increase the efficiency of their business and to produce crops as economically as possible.

Before becoming a monitor, farm James and Michael planned rotations in response to the different land types they have and the pressure from specific weeds. A min-till was already in place and they hoped to work towards semi-controlled traffic over the coming years.

They are looking forward to comparing their business with other farmers facing similar challenges, identifying where improvements can be made. Tackling black-grass and flea beetle by altering drill dates was one of the avenues of investigation identified at the outset of the Monitor Farm, along with other focuses which can be found in the launch meeting report.

In addition to discussing cultivation regimes on the farm, extensive and informative talks regarding soil health and cultivation strategies were given, the full accounts of which can be found here: VoB Monitor Farm Soil & Cultivations Meeting Report | AHDB

Discussions took place on how improving soil health can reduce the amount of external nutritional inputs needed. This is particularly relevant as the farm has a significant spend of cereals nutrition.

Previous tissue testing analysis indicated low Phosphorus levels despite levels in soil being high, this was the same with Potassium.

James and Michael aim to create a crop nutrition programme and have had their soils tested in two contrasting fields in November 2019.

Full details of the meeting can be found in the VoB Monitor Farm Crop Nutrition Meeting Report.

If you would like to be included in the email invite list for future meetings, contact Judith Stafford (East Midlands Cereals & Oilseeds Knowledge Exchange Manager) via judith.stafford@ahdb.org.uk or on 01335390023.

You are invited to join us for a Summer Farm Walk at the Vale of Belvoir Monitor Farm meeting hosted by James and Michael Parker. 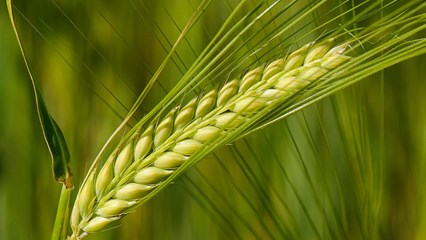 James and Michael have recorded some record yields