Reducing the spread of digital dermatitis

Digital dermatitis causes lameness in cattle, which as well as the welfare implications, can cost around £99 per case, so reducing the spread is important.

Bovine digital dermatitis (DD) is an infectious foot disease of cattle and affects a large proportion of dairy herds worldwide. Lameness caused by DD in dairy cows is a major welfare concern and can cause significant economic losses due to treatment costs, milk drop and reduced reproductive performance. It is widely believed that DD is caused by a group of spiral-shaped bacteria called Treponema.

There are many routes of transmission and we know that DD can spread quickly between both individual animals and between cattle herds on different farms. Once a herd is infected, it can be difficult to control. Foot trimming has been identified as a risk factor for spreading the disease.

When foot-trimming equipment is used on animals with DD, the blades, as well as user gloves, nearly always become contaminated with Treponema which can survive on the knives for two hours. This can be transmitted to uninfected animals if the same equipment is used without disinfection. The risk of DD developing on a DD-negative farm is doubled when foot-trimming blades are not cleaned.

Spread of infection can be reduced if trimming blades are disinfected for a short time between feet. 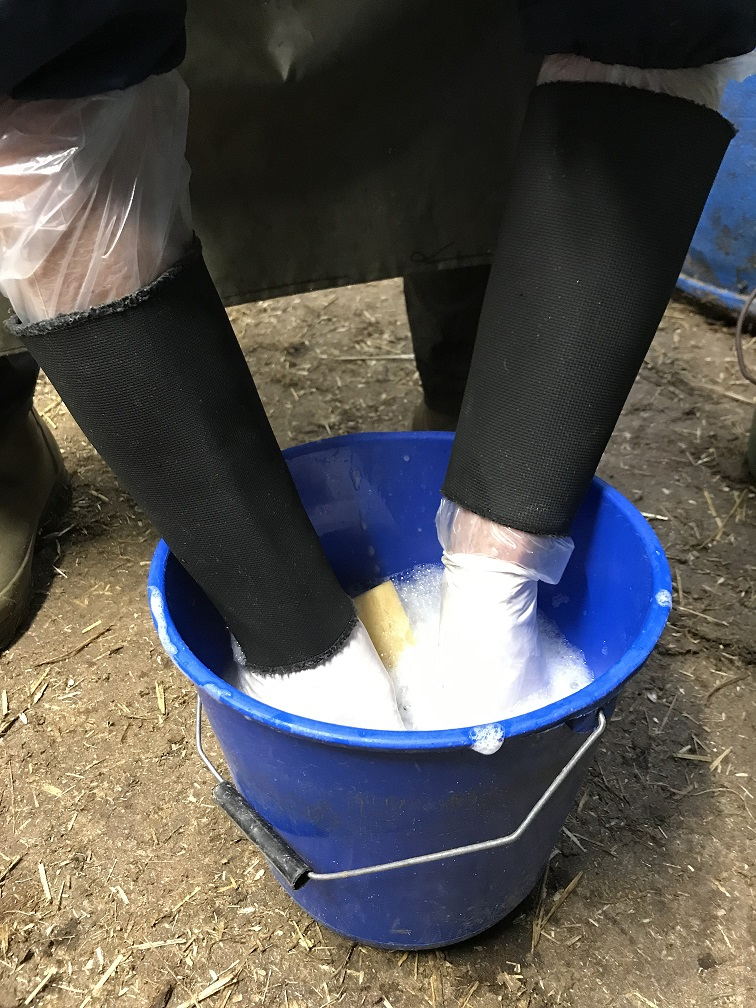 The disinfection of cattle hoof knives and user gloves between animals and feet is not currently standard practice so to try and combat the spread, we have developed a disinfection protocol with the University of Liverpool. 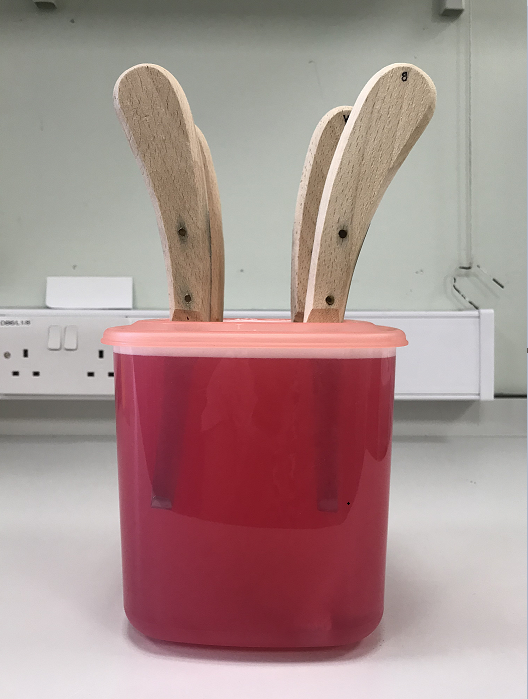 The protocol should be used when carrying out any foot trimming, including when trimming infected feet, other foot/horn presentations and healthy feet. It should be used together with other control strategies such as routine foot bathing and good slurry management on farm to help prevent the spread of DD.