The EU Commission has recently published the summer edition of its short-term outlook for agricultural markets. This is an outlook for the EU-27 and so excludes the UK.

Milk production within the EU-27 is expected to increase by 0.7% in 2020*, to 148 billion litres. This is a slight upwards revision from their previous spring forecast (0.5%). However, this growth only comes in the first half of the year, with production in both Q3 and Q4 expected to be around 0.2% lower than last year.

Improvements in milk yields has been the main driver of production, through a combination of higher usage of purchased feeds and good quality pasture.  While the milking herd is expected to continue to decline (-0.6%), the growth in yields more than compensates for the smaller herd size.

The forecast assumes that feed prices will remain relatively good as well as favourable conditions for pasture growth.

Butter production is forecast to increase by 3% on the year off the back of additional milk supplies. EU prices have remained competitive on global markets, which is expected to support export volumes throughout the year (+15%). While consumption at foodservice has fallen, a rise in home cooking and baking has supported retail purchases and is expected to compensate. As such, consumption is expected to remain relatively stable.

SMP production is forecast to increase by around 5% this year, supported by the additional milk supplies. This growth in production has been driven by strong export demand. While exports are expected to decline by 10% this year, it must be noted that export volumes were particularly high in 2019. As such, export volumes this year are likely to be more in-line with 2018 levels.

WMP demand is expected to remain relatively strong, as consumers continue to purchase ‘affordable treats’, such as chocolate and confectionary, despite the economic downturn. Production is forecast to rise by 0.5% to meet the rise in domestic consumption (0.8%) while exports are predicted to remain steady.

*Please note that this includes milk deliveries for 29 February.

The rollercoaster of US cheddar prices

What are the market events behind the record highs and lows seen in US cheddar prices since March?

What falling global dairy exports could mean for the UK

Global exports in dairy products are forecast to fall by 4.1% in 2020, according to the FAO. What could this mean for the UK?

Profit from your pasture

Top spring block calvers optimise stocking rates to get nearly twice as many kilos of milk solids from every forage hectare.

How did farmers curb milk production this spring?

Farmers knocked an estimated 55 million litres off volumes in GB through April and May. But how did they manage it?

Developing dairy regions expected to drive production over the next decade

The impact of breed on bull calf prices

When it comes to selling bull calves for rearing at auction, the breed of the calf has a big impact on price.

Lockdowns across Europe and the US occurred just as producers approached peak production. With the loss in demand at foodservice, markets were severely disrupted with knock-on effects on milk deliveries. 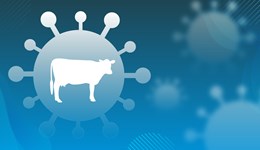 The latest forecast from the EU Commissions suggests milk production is going to slow in the second half of 2020.

Our latest review of the way the indicators are calculated means some changes are proposed.

How much of which products have been put into PSA?

Fall from peak softens in June

GB milk production continued to fall in June, but the fall from the peak slowed down from the second week onwards.

Markets bounce back as demand starts to return

Price expectations for dairy products have improved as demand returns

Recent market volatility has followed a couple of years of rising milk production costs – but herd accounts data reveals what gives farms the best chance of making a profit.