Grazed grass and home-grown forage can be the cheapest form of feed when it is well-managed, and it has the potential to reduce the costs of bought-in feed significantly.

Siwan Howatson, Grass and Forage Scientist at AHDB, says that farmers often ask if they should apply manures or fertilisers to grassland in the winter. “It’s a good question because grass continues to grow during the autumn and can start growing again early in the year, especially in areas with a long season or during mild winters.”

However, nutrients supplied either in a manure or as a fertiliser are costly inputs, pose a risk to the environment and can adversely affect the quality of grass. The use of both manures and fertilisers should be managed to ensure they are used as efficiently as possible and so that you can minimise your costs.

The return on investment for fertiliser nitrogen compared with bought-in nitrogen in the form of high-protein supplementary feeds in the winter is at least 3:1. However, too much nitrogen produces grass with low sugar levels and any resulting silage can have high ammonia and butyric acid levels, making it less palatable. In addition, nitrogen is a so-called ‘mobile’ element and can be washed out of the soil – leached – and reduce water quality in your catchment. The risk of leaching begins in the autumn, peaks in November and December, and reduces significantly by the end of winter. The risk is greatest in high-rainfall areas.

Siwan explains that nutrients are only required in the autumn and winter if there is a realistic expectation of significant grass growth and – importantly – that grass will be used. “It is no good growing as much grass as possible unless it is eaten by animals that can turn it into milk and meat.” This is especially important since the introduction of new rules for water in 2018 that means farmers can only apply nutrients to match crop needs.

Grass growth starts when soil temperature at 10 cm reaches 5°C for five consecutive days. In areas with a long growing season, and when it fits with your grazing strategy, you may apply nitrogen to grazed grass as early as mid-to-late January, with a second application in early March. Of course, this will only be necessary when the grass will be utilised and should be a carefully considered decision so as to avoid the risk of leaching.

Rules in NVZs differ across the UK, but in all areas, you must not spread slurry or fertiliser to grassland during closed periods. It is important that you follow these rules to protect and improve water quality in your catchment.

For slurry, the closed period for grassland is 1 September to 31 December for sandy or shallow soil. The closed period for all other soil types is 15 October to 31 January. There is an exception for organic farms that may apply a maximum of 40 kg of nitrogen per hectare at any one time up to 31 October. Farmyard manure can be spread during the autumn and winter, but only when conditions allow, and care should be taken so as not to cause soil compaction when using heavy machinery.

On grassland, you must not spread manufactured nitrogen fertiliser from 15 September to 15 January in England and Wales, or mid-to-late February in Scotland. If conditions allow and you have written advice from a FACTS-qualified adviser, then you may apply up to 80 kg N/ha until 31 October. 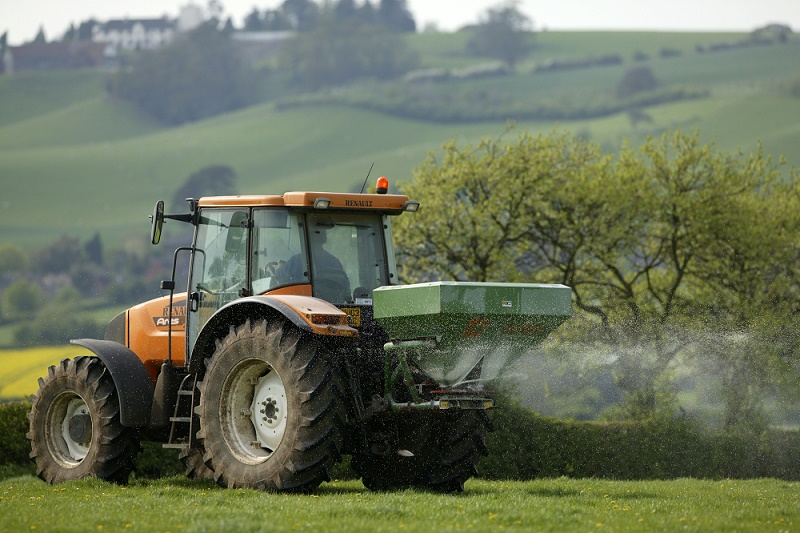