Market reports suggest that spring lamb trade eased overall compared to the week before, however demand remained for well-fleshed lambs.

OSL throughputs fell by 47% on the week to 33,600 head, with quality reported as becoming more mixed as numbers fall away.

During the week ending 5 August the GB liveweight NSL SQQ fell by 9p week-on-week to 215.42/kg. 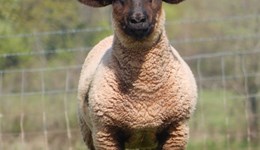