Nether Garrel Farm is one of six farms owned by the Farming Partners brand, formed between Brendan Muldowney and Richard Beattie. Joey Malone is a manager and also a shareholder, owning 10% of the herd. There are four full-time staff on the unit, plus three temporary staff to see them through calving and contractors for machinery work.

Soils: heavy to quite light, some peaty and a few good loamy types

A long, thin farm – 4.2 km end to end, but fortunately buildings and parlour are fairly central.

Previously cubicles and six robots. Now house 570 in cubicles, plus a loose yard with a 54-bale rotary.

650 Kiwi-cross cows, majority completing their third lactation this year. Planned start of calving is 7 February, with cows grazing from the point of calving until housing by 25 November. As the herd matures, yields have risen, with last year’s production at 5,500 litres, 525 kg MS from 550 kg concentrates. This year, Joey expects 5,800 litres, hopefully 550 kg MS, but most likely from 1.1 t cake. Aim is for replacement rate of 15–17%; surplus heifers have been sold to another new herd in the partnership.

“Not great! Last year and in 2018, we regularly grew over 100 kg DM/ha; this year, we went above 100 kg about twice,” says Joey. He reports a very wet spring, followed by a very dry spell and alternate wet and dry conditions throughout the season, which made it challenging.

“It wasn’t balanced and we had to feed meal to keep milk on cows because the grass was poor-quality initially, and in July when it was very wet, we had low dry matters. We’ve been feeding 3–5 kg/head because if we don’t, the weather takes its toll on cows. It’s quite good now as cows are cleaning out paddocks well. I’m pretty happy.”

What are your plans for autumn?

Every paddock has been topped at least once and Joey is building cover to 2400 kg DM/ha for the end of September. If the weather comes wet, he will introduce silage and switch to on-off grazing. “We do on-off grazing until about 10 April, then full-time grazing until early November, when we start on-off again and house full-time by 25 November,” he says. “If it’s a good, dry back end, it will be lovely, but I’ll play it by ear!”

Goals for next year?

“I’m moving to a new farm on the opposite side of Dumfries and my challenge will be building soil fertility and getting to know the farm. Some of it is really wet, some really nice, and I’ll be starting with 600 heifers calving in spring and need to keep them healthy and meet the financial budget,” says Joey. 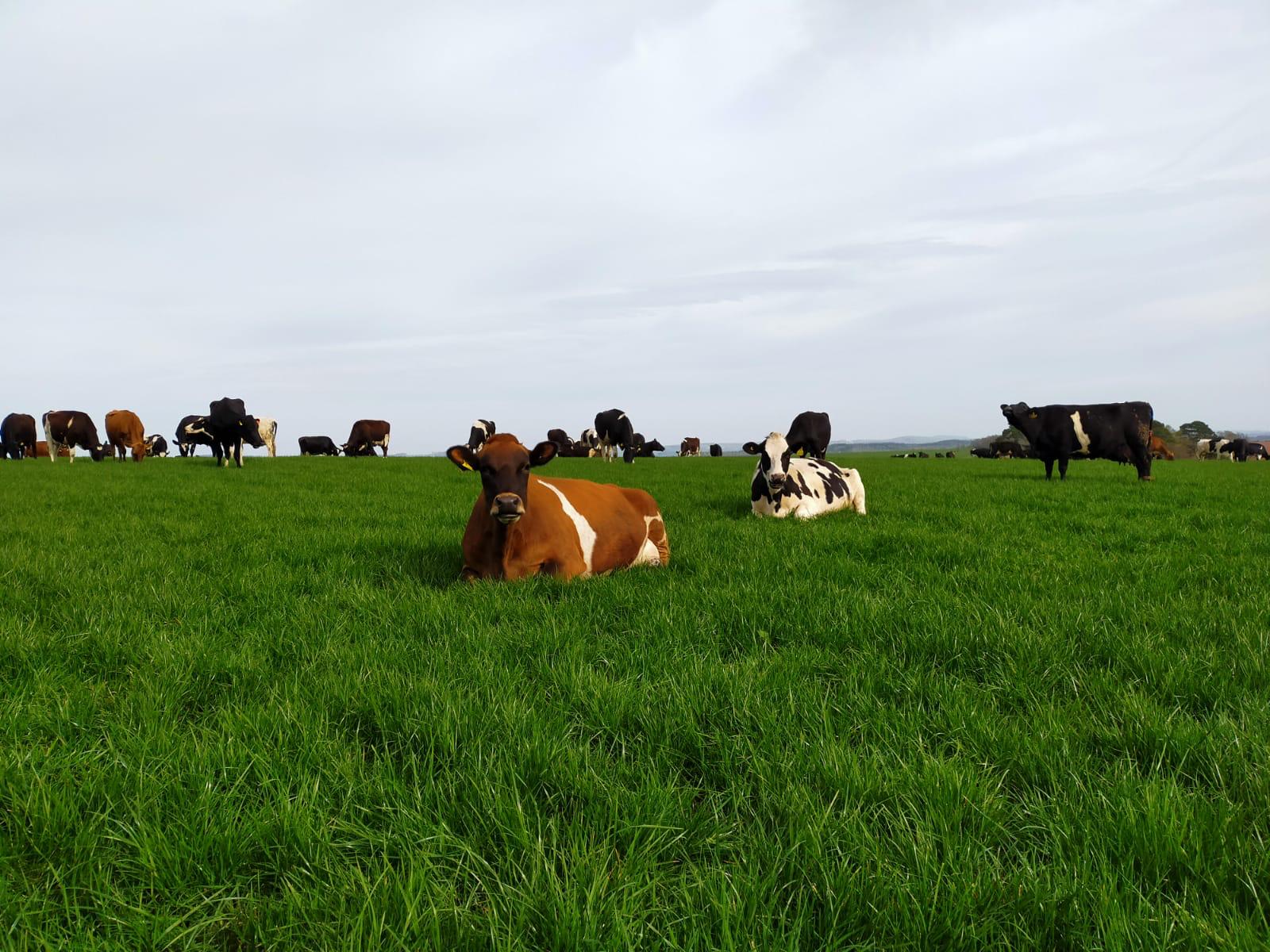