Ammonia (NH3) is a key air pollutant that can have significant effects on both human health and the environment. Find out what you can do to reduce ammonia emissions on your farm.

Ammonia gas is released to the atmosphere from cattle manures and slurries. Housing, manure and slurry handling, storage and spreading all contribute to this pollution along with nitrogen fertilisers. In the UK, 87% of ammonia released to the air comes from agriculture.

Ammonia reacts with other compounds in the air to form secondary particulate matter (PM), which significantly impacts on human health. Visually, ammonia contributes to smog in urban areas. It also damages sensitive habitats such as woodlands, heaths and lakes and contributes to acidification of agricultural soils and the eutrophication of waterways.

A significant amount of UK agriculture ammonia emissions are in low concentrations and are not harmful to human health. However, combined with other emissions, such as diesel fumes, ammonia can pose a risk to people’s health and farm habitats. Measures to reduce their release will have direct environmental benefits.

The government is committed to a 16% reduction in ammonia emissions by 2030, from a 2005 baseline measurement. 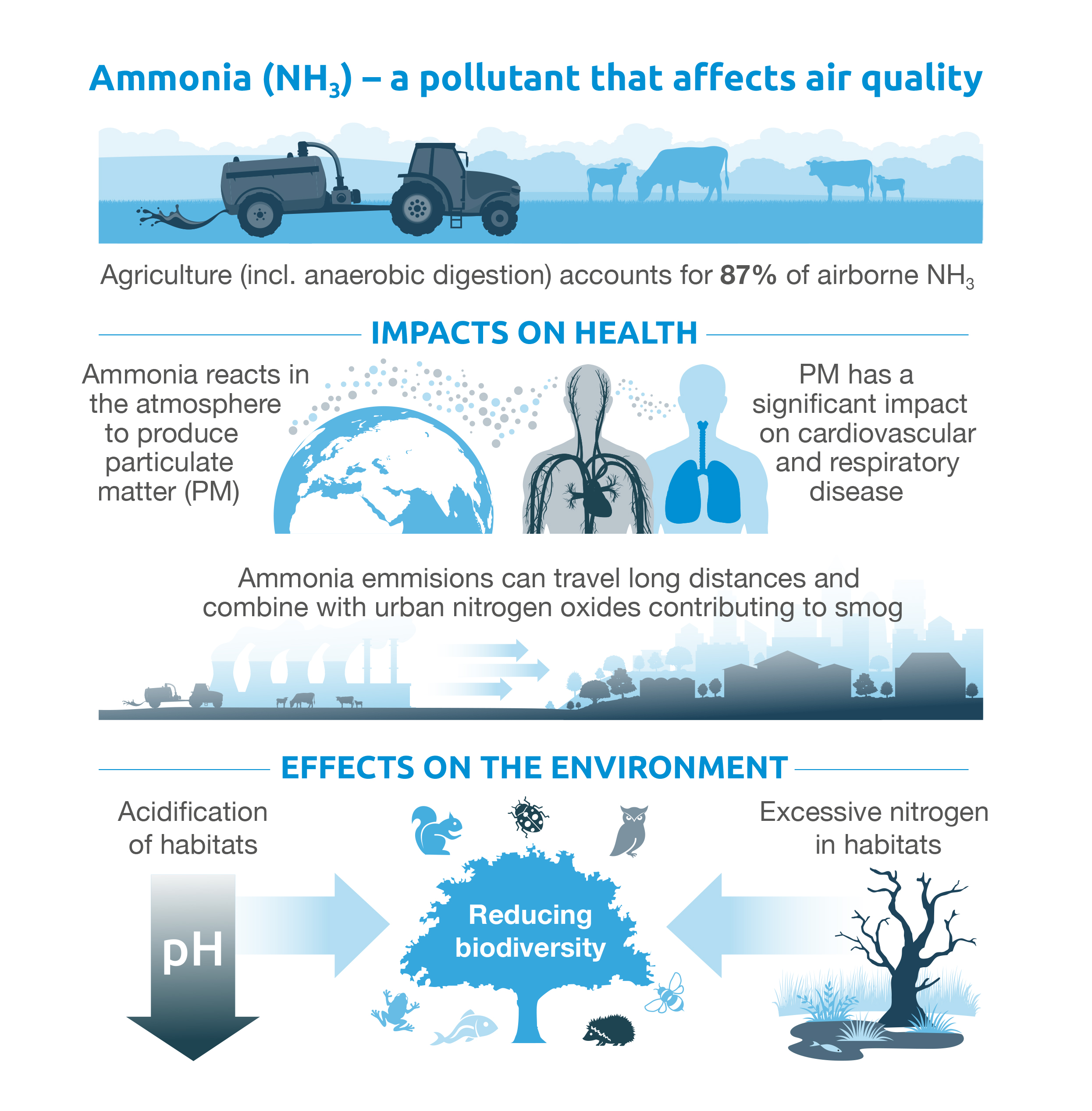 How is ammonia from agriculture produced?

Ammonia is emitted when urea contained in urine reacts with the urease enzyme contained in faeces. Separating faeces and urine as soon as possible or frequently removing them to an enclosed space will reduce the production of ammonia.

Dairy cattle are thought to contribute 23% of all ammonia emissions from UK livestock, according to Defra’s ammonia inventory (Inventory of Ammonia Emissions from UK Agriculture 2017). 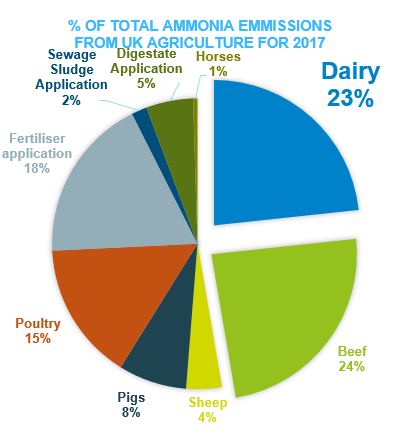 The same inventory shows that housing and hard standings made up 50% of ammonia emissions from UK cattle in 2017.

Agriculture is a significant contributor to UK ammonia emissions, however, there are steps that you can take to reduce emissions on your dairy farm.

Five ways to reduce your emissions

Find out how to control the release of nitrogen from manures in livestock housing and slurry stores so that more can be retained as valuable fertiliser.

Read more about techniques to reduce emissions in dairy housing