In March, UK clean pig slaughter reached 944,400 head, 10% more (85,000 head) than in March 2019, according to the latest data released by Defra. The increase is partly influenced by an additional weekday in the month this year. Reports also suggest some pig slaughter has been brought forward to reduce the potential for future difficulties in the supply chain brought about by the COVID-19 pandemic. This suggests there may now be a short-term tightening of finished pig supplies.

All UK countries recorded a considerable uplift in slaughter in March; however, the uplift in England & Wales accounted for the majority.

As such, in the first quarter of this year, UK clean pig slaughter totalled 2.76 million head, 5% (131,000 head) more than in the previous year. March alone accounted for 65% of this increase.

Finished pig carcase weights in March averaged 86.6kg, 1.0kg (1%) more than in the same month last year. While this is still ahead of last year, it is 0.2kg less than the weights recorded in February. A seasonal decline in weights is typically seen at this time. However, this may also be due to producers pulling pigs close to finishing forwards, this year. These animals will have likely been slightly lighter, which would reduce the overall average.

Slaughter of sows and boars also recorded a rise in March, although not to the same magnitude as clean pigs. Adult slaughter totalled 21,300 head, 1% (300 head) more than at the same time last year. 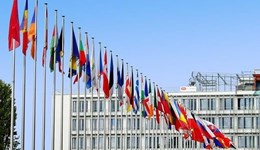 It has now been a week since Germany first found a case of ASF in a deceased wild boar near the Polish border. How have markets responded so far?

In July, UK pig meat exports increased by 23% on the year. Imports meanwhile continued to track below last year.

EU pig slaughter in June totalled 19.7 million head, 7% higher than a year earlier and the largest monthly kill since March.