Typically, we would expect to see milk yields to improve by around 1.4% per year. This is due to a combination of factors including genetic improvements and better nutrition. This year however has bucked this typical trend, with monthly year-on-year growth showing a very uneven pattern.

Yields were down on the year even before the pandemic hit in March. This is likely a reflection of the significant growth in yields at the start of last year. Many producers had to opt to supplement diets in the winter of 2018/19 with concentrates due to a forage shortage following the summer drought. This higher plane of nutrition supported yield growth. Yields in January and February 2019 were up by 6.0% and 5.2% on the year respectively.

With the majority of cows returning to a more forage based diet in the winter of 2019/20, it was unlikely that this level of growth was maintained.

We estimate that around a quarter of GB producers were asked to curb their milk production as a result of the first wave of the pandemic back in March. Many producers were also faced with other financial pressures, such a reduction to milk prices and A/B pricing systems. As such, many producers would not have ‘pushed’ yields as much as usual during these months. This is evident in the minimal growth in yields between March and June.

July of this year recorded substantial growth, increasing by 2% on the year, which was in line with when curbing measures were lifted. Yields then dropped back in August, a reflection of the grass growth and the weather conditions with a heatwave lowering milk production.

Looking ahead, grass growth at a national level for the season is some 3% below the long-term average. We have heard anecdotal reports that some regions are facing tighter forage supplies heading into winter, reflecting the dry periods throughout the growing season. Overall quality has been reported as good, although variable.

This suggests that there is the potential for yields to return to more ‘typical’ growth throughout the winter. However, producers with poorer quality silage or lower stocks may have to supplement diets with concentrate feeds. With feed costs considerably higher than last year, some producers may not choose to ‘push-on’ cows through nutritional means due to the financial constraints. This does assume that produces will not be asked to curb milk production during this second wave of the virus, which is already unlikely since production is not at its peak as it was during the first wave. 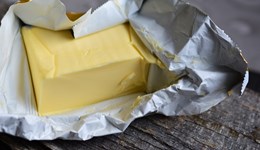 How self-sufficient is UK cheese production?

If a worst case Brexit scenario completely disrupts trade, could the UK supply its own cheese market?

Over the last 5 years, we’ve seen a rapid rise in the sales of sexed semen. What impact has that had on calf types, and how might things progress from here?