What could cap rapeseed prices?

However, this bullish sentiment has been dampened in the past week following geo-political concerns between the US and Middle East. From Thursday’s close to yesterday, the Mar-20 US soyabean contract has lost $4.50/t.

There is also some question over the volume that China may purchase considering there is no confirmed volumes in the agreement. Along with this China’s hog industry is significantly reduced following the outbreak of African Swine Fever last year.

These factors could slow rises seen in European markets as generally Paris rapeseed follows similar trends to US soyabeans.

What does this mean for the UK?

Rapeseed prices in the UK are generally based on the Paris futures market and therefore sterling comes into play also. The strength of the pound is a little all over the place at the moment. Post-election the pound strengthened to its highest value against the Euro since 2016. Since then it has dropped 1.85% to close yesterday at £1=€1.1765.

Due to the relationship with European pricing sterling really dictates what support is seen in physical UK pricing. In euro terms, Friday’s close of the Feb-20 Paris contract to Mondays close recorded gains of €0.25/t. However, in sterling terms there was a loss of £1.26/t due to the strengthening of the pound against the euro.

If sterling continues to strengthen then this could further cap the ability for gains in the UK. 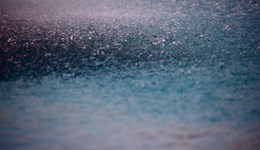