How is the weather driving global markets?

But with recent rains in some areas, and rain in the forecast for others, could this end the price support that we have seen?

Recent rains in Argentina’s main wheat producing Pampas region have not been enough to save the crop. Production has been cut a further 0.8Mt this month, to 16.8Mt. With La Nina developing, Argentina is forecast dry for the foreseeable.

However, rains are in the forecast for Central and Northern South America, which may help the delayed planting of Brazilian soyabeans.

Last week, Brazil’s Department of Rural Economics (Deral) reported soyabean plantings in Parana were at 32%, well behind the 45% in 2019 and 59% in 2018. Delays in summer rains have led to inadequate soil moisture, impacting germination and establishment. There are now concerns this delay could affect the planting of the Safrinha (the second maize) crop, planted after the soyabean harvest.

The moisture replenishment should go some way towards alleviating concerns around winter wheat condition, reported yesterday in the US crop progress report at 41% good to excellent versus 56% last year.

As well as a distinct lack of rain, September was the warmest on record. This led to a soil moisture deficit across many European key producing regions. October has brought abundant rains across most of Central and Western Europe.  This delayed the completion of harvest and put a halt to autumn drilling in many regions. Western Russia is yet to see rain and the continuing drought is a watch point as we move through the sowing window.

Winter cereal drilling in Northern Europe has mostly been completed now. However, in Eastern, Central and Western regions it has been delayed, with the very dry soil condition throughout September and then overly wet October conditions causing this. Nevertheless, completion of autumn sowing is still possible, dependant on weather conditions in the coming weeks. Baltic regions have recorded favourable autumn drilling conditions and the arrival of timely rains created optimum conditions for early growth.

So what is the price impact? While rains have alleviated some concern, weather worries in many regions could still support global markets in the short term. However, a change to more favourable conditions, or factors being priced in as they become more certain, could temper this. With UK wheat likely to cap at import parity this season, and the direction of travel for soyabean prices ever more driving the entire oilseed complex, global weather could have a significant effect on UK prices this season.

The Early Bird Survey (EBS) has been released today, providing the industry with the first look into UK cropping intentions for 2021 harvest.

Heavy rain in October delayed planting across Europe, but dry weather in November has allowed many areas to catch up, according to the EU’s crop monitoring service.

Over the course of this season the UK market wheat market has been understandably firm. Low production, coupled with global support from the maize market, has resulted in UK feed wheat prices (May-21) continuing to set contract highs. The support for physical premiums at the moment is seen for both feed wheat over futures and for milling wheat over feed wheat.

As the Northern Hemisphere combinable harvests wrap up, weather will become the key focus point for 2021 harvest; particularly conditions in major producing regions such as the Black Sea region.

Sunflower prices are rising and this could help to push UK rapeseed prices even higher.

The UK-Ukrainian continuity agreement and what this means: Grain market daily

As one of the first outlined by the Department for International Trade (DIT), the UK-Ukraine continuity agreement facilitates trade after the 31 December 2020.

Russia’s agriculture ministry will limit the amount of grain that can be exported from 15 February until 30 June 2021 to 15.0Mt, according to draft legislation.

At 3.20pm today sterling was up considerably, almost entirely across the board (down against Indonesian rupiah and Hungarian forint), the gains extended to +0.85% against the US dollar, +0.74% against the Japanese yen and the euro.

Both a reduced domestic supply and demand picture have impacted wheat usage this season, with greater reliance on imported supply.

Global oilseed markets have seen a turnaround since Alex’s article last Wednesday, with multi-month and even multi-year highs being achieved on some futures contracts.

What impacts will the malting barley sector see from stricter lockdown measures?

The imposing of stricter lockdown measures that come into effect today will see the English hospitality sector limit the sale of alcohol to a takeaway only basis, with ‘eat-in’ meal occasions restricted until 2 December.

What’s ahead for global markets this week? Grain market daily

Global grain prices eased back a bit last week after generally rising since mid-August but what could influence them this week?

Oilseed markets have seen plenty of gains in recent weeks, with a multitude of factors each lending an arm of support. However, this week a level of pressure has returned to markets. 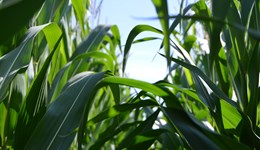 How is the weather driving global markets? Grain Market Daily

Over recent weeks and months, global wheat prices have gained momentum and UK wheat futures have risen as a result. One of the key drivers of this has been the high volume of large international grain tenders over the past few months, but will this continue?

Understanding your rotation as whole is increasingly important. With that in mind my attention today turns to a part of the rotation that we wouldn’t typically cover, the market for pulses. Information for pulses is limited but recent data from Defra and information from PGRO and Pulses UK allows us to build a picture for harvest 2020.