Watch our live broadcast of the Global Britain Conference 2019, which took place on Tuesday 22 October in central London.

With news of the UK government asking the EU for an extension to Article 50, along with the prospect of a no-deal exit still on the table, this was an important event for UK agriculture – and one not to be missed.

If you didn't manage to join us through the day, you can watch the full conference by clicking the video above, where you will hear from trade and policy experts, both domestic and international. The full programme can be viewed here.

Viewers and attendees had the chance to ask questions using the interactive Slido app.

It's not too late to join the conversation - post your views on Twitter using the #globalbritain hashtag.

Let us know your thoughts

We welcome your feedback on the livestream.

Please take a moment to complete this survey and let us know your thoughts about this event.

Doug is the Director General of the Market Access Bureau which is part of the Trade Policy and Negotiations Branch at Global Affairs Canada.

Doug has been part of the trade policy community within the Government of Canada for most of his 25 year career: he began working at Customs on NAFTA implementation issues and then moved to the Department of Foreign Affairs and International Trade (DFAIT) to work on tariffs and market access issues, trade negotiations with Chile and Israel, as well as trade disputes at the WTO.  Following a stint at the Privy Council Office working on Intergovernmental Affairs, Doug became an Executive at Agriculture and Agri-Food Canada (AAFC) in the strategic policy area, finally returning to trade negotiations and disputes in the agriculture sector as Executive Director of the Strategic Trade Policy Division.  Doug left AAFC to return to Global Affairs as DG of Market Access in November 2018.

Oliver grew up on a family farm in Lancashire, after 3 years at Myerscough College he spent 10 years managing pig units throughout the north west, then spent 6 years as an independent Farm Business Advisor. In 2006 he joined Barclays as Senior Agricultural Manager for Cumbria and Scotland before being appointed National Agricultural Specialist in 2012. In his current role as Barclays’ National Agricultural Strategy Director, Oliver oversees Barclays’ agricultural strategy and positioning from an industry perspective.

Joel joined USMEF in 1988 as a regional marketing consultant and later became director of the USMEF-Hong Kong office when that office opened in 1989.  Joel Haggard returned to the Asia-Pacific to serve as vice president-Asia Pacific for the U.S. Meat Export Federation in March 1994, stationed in the USMEF-Hong Kong office. Joel oversees market development strategies and programs for U.S. red meat products in the region.

Before joining USMEF, Joel worked for the USDA Foreign Agricultural Service for five years.  During that time, he served as the agricultural trade officer for the U.S. Embassy in Beijing, China, where he supervised all marketing activities involving U.S. agricultural trade with the People's Republic of China.

John is a Divisional Director of Promar International – the agri food value chain consulting subsidiary of Genus plc. John is also the President of the UK Chartered Institute of Marketing’s Food, Drink and Agriculture Group and a past Chair of the UK Institute of Agricultural Management. John is a Visiting Lecturer at the University of Reading and the Royal Agricultural University. John has now worked with Promar extensively throughout the UK and in some 60 other countries on agri food marketing and related assignments. 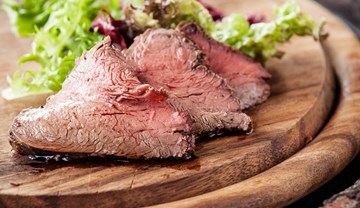 Out in force representing the industry to a reported 10,000 visitors 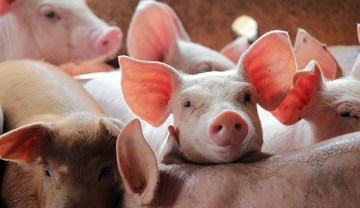 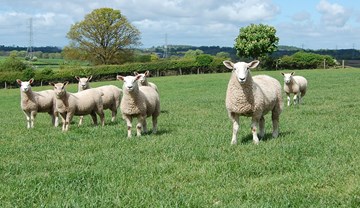 What’s on the ‘horizon’ for exports to Asia

Capitalising on the many opportunities Asia presents for food and farming