Adrian has been Farm Manager for the Apley Estate, just north of Bridgnorth in Shropshire, since 2011. He is responsible for 650ha of arable cropping. He runs a five-year rotation on the predominantly medium soils, which includes wheat, barley, oilseed rape, oats and potatoes. A policy of minimal cultivation with rotational ploughing is employed and most of the labour and machinery required is run in-house. Grain storage and marketing is done on farm and the farm uses an independent agronomist. In addition to the arable land, the farm includes 300ha of grassland which is used for a suckler cow herd and a beef finishing unit. Tack sheep graze the grassland and stubble turnips during the winter. Adrian would like to look at variable rate nitrogen, alternative break crops, grass weed control and cover crops during the programme. 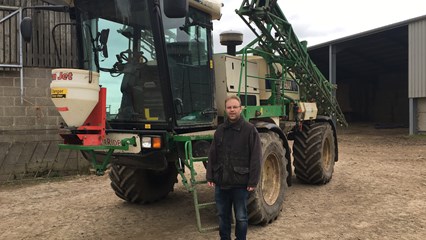 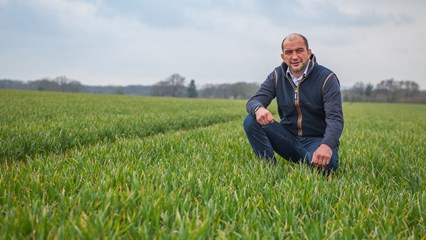