Impacts of wet weather on a Worcestershire sheep farmer

Worcestershire has already seen more than a month’s average rainfall by the middle of November, and it hasn’t stopped. Sheep farmer Sam Jones reveals the impact it is having and the steps he’s had to take.

Our buildings were not flooded but the local roads were. We had to rescue three people and their cars from the water with the Loadall.

Last week we had to bring 300 ewes inside due to the quagmire they were suffering. We have never known so much rain ever at this time of year, and that's 82 years of my dad’s knowledge.

The rest of the ewes are inside now, a full six weeks earlier than normal. The food reserves will be tested this year. We made an extra 250 bales more than normal, thank goodness we did. Nature gave us extra feed this year, it knew that we would need it.

We have never had to let the tupping happen inside, I’m sure this will have a negative impact on the scanning percentage. Last year drought, this year wet. This farming job is certainly character building.

Feed concerns for next year

The major worrying will be done for next year. Only 18 acres have been planted out of 130. The 18 acres are mainly just rotting in the ground. The feed barley and feed oats will not be there for next year's feed which will make bought in food ridiculously expensive. Let alone the straw situation which will get serious, unless record amounts of spring cereals get planted in good conditions.

Animal health issues will be a concern later during the winter with the sheep being in for so long.

It’s uncharted territory for many farmers this year, just what we didn’t need with the uncertainty in the country and agriculture at the moment.

Us farmers do our utmost to produce the best most sustainable food on the planet, but the only thing that we can’t cater for is the weather. It’s challenging at the best of time but this year is taking it to a whole new level.

We as farmers must never forget to talk if things get to us, we are notoriously bad for this but #itsgoodtotalk. 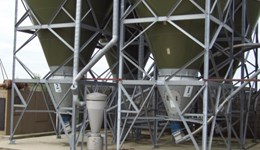 The conserved forage requirements and stocks calculator can be used to calculate feed demand by entering livestock numbers and available feed supply.

High rainfall and poor soil conditions such as poaching are some of the things to consider when extending the grazing period. 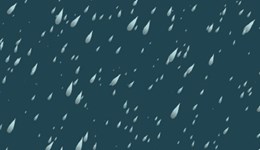 The AHDB WeatherHub brings together sources of weather and related data.

Our slurry wizard helps you work out slurry storage requirements, explore options and comply with regulations

Checklist for making best use of limited straw stocks

Despite additional hectares of straw being made available by cereal growers, there is still likely to be a shortage due to lower yields and an increased requirement for feeding. This factsheet explains the importance of assessing your straw needs and planning for any deficit.