Find information on the next stage in the process after potato levy payers voted to discontinue the statutory levy. There is information on why we will need to collect levy in 2021/22 and how the year will not be ‘business as usual’ for AHDB Potatoes.

What happens now people have voted?

Ministers will make the decision on the future of a potato levy. AHDB immediately informed ministers of the outturn from the ballot, but they are not bound by this. The decision on whether or not a levy continues will ultimately rest with ministers.

Secretary of State for Environment, Food and Rural Affairs, George Eustice, confirmed in a recent interview with Farmers Weekly that Parliament will revisit the legislation to remove the levies on Horticulture and Potatoes.

Why are you sending out levy returns for Potatoes and Horticulture for 2021/22 when these sectors both voted ‘no’ in the recent ballots?

AHDB is now stopping programmes of work that could be restarted in the future by grower associations, individual growers or the supply chain.  This work includes for example, export market access and promotional international trade event work, consumer marketing campaigns and market pricing and insight information. AHDB will continue to deliver limited emergency work on pests and diseases, including the Extension of Authorisation for Minor Use (EAMU)’s and some contracted research work. This limited work will be continued in the interim as it would be difficult to restart and would be detrimental to the industry to stop whilst a managed transition or a different funding mechanism is considered as part of any Ministerial decision on the future. Already contracted research work in horticulture is planned to be funded through to completion and findings made available to growers.

Will other sectors end up paying more because of Potatoes and Horticulture changes?

AHDB can only fund a sectors’ costs with levy raised from that sector. All the wind down costs must be borne by the relevant sector. Potatoes and Horticulture will fund their commitments to other sectors for multi-sector contracts while that contract is in place e.g., rent on the office until the break clause in the lease.

AHDB will need to remain cost conscious, especially where there is a market shift or we cannot achieve the same economies of scale in the future, so we need to work hard to make sure there are no consequential costs for the other sectors when we place new cross-sector contracts and commitments. AHDB is looking to make substantial changes in how it operates across all its sectors to make it more agile and value for money.

When will AHDB know the outcome of a Ministerial decision?

We don’t know. It’s a joint Ministerial decision between Ministers in England, Wales and Scotland. Now the government elections are completed in Scotland and Wales (on 6 May) we understand there will be some discussions with Horticulture and Potato levy payers in those countries, following which a decision should be made.

What will the levy collected in 21/22 be spent on if you say activity is stopping?

The levy collected in 2021/22, together with sector reserves will be used:

What is the deadline for making a return?

Under the Statutory Instrument, potato buyers have to make a return by the 28th of each month, and potato growers have to make a return by 1 June 2021. Owing to the timing of events this year, the Levy Team will be advising levy payers that reminders and any action to collect outstanding returns will be a short time later than usual. Levy payers will also be advised that an estimate would have to be issued if the levy payer’s return(s) have not been received at the point we receive and enact the Ministers decision (see below).

What happens if I don’t make a return?

As usual, estimated invoices will be issued to anyone not making a levy return.

I owe levy from last year and will also have to pay this year – what do I do?

If you are dealing with operating pressures owing to the Coronavirus pandemic, then please contact us and we will work with you, supporting you to make your levy return or levy payment. Please contact the Jack Atkins (Potatoes) on 02476 478602 or Levy@ahdb.org.uk and they will be on hand to help, and aim to respond within two working days.

How is the information I provide on the AHDB levy portal used for disease control purposes?

Grower levy numbers act as the industry’s traceability system should a notifiable potato pest or disease arrive on British shores.

If required, for regulatory or animal/plant health purposes, we share your information with the Chemicals Regulation Division (CRD), Health & Safety Executive (HSE), Animal & Plant Health Agency (APHA), Food Standards Agency (FSA), the Rural Payments Agency (RPA), the Environment Agency, the Department for Environment, Food and Rural Affairs (Defra) or its equivalents in the devolved administrations or their appointed agents to enable them to assess risk and to contact you.

My business is in financial difficulties and will struggle to pay – what do I do?

We understand you may be dealing with operating pressures owing to the Coronavirus pandemic. If you are, then please contact us and we will work with you, supporting you to make your levy return or levy payment. Please contact the Jack Atkins (Potatoes) on 02476 478602 or Levy@ahdb.org.uk and they will be on hand to help, and aim to respond within two working days.

As part of its strategy consultation last year AHDB talked about proposals for changing the levy mechanism for Horticulture and Potatoes – is that going ahead for 21/22?

That work has been put on hold until there is a Ministerial decision, which will tell us if it is still needed or not.

When will we know the levy rates to be charged?

We expect that decision to be made around the same time that Ministers decide on the future of the horticulture and potato levies.

How much will it cost to wind-up AHDB Potatoes?

For AHDB Potatoes it will cost more than £7 million to meet all the liabilities through a wind-down and then wind-up process.

How much Potato reserves are there?

Unaudited Potato reserves at 31 March 2021 were £1.2m. These are relatively low because over the last three years, the sector has run an annual deficit, thereby reducing its reserves. Reserve levels were never set to fund a sector specific wind-down situation. The future policy for sector reserves targets is now under review.

How many people will be made redundant?

Any potential redundancies within AHDB are required to be authorised by Defra Ministers and a business case has been submitted to request approval for up to 140 full time equivalent (FTE). The current FTE headcount within AHDB is 473. This includes both changes related to Horticulture and Potatoes but also a re-organisation of AHDB in line with the efficiency commitments already made.

What’s happening with the Potato price information and other Potato market intelligence that AHDB publishes?

Following discussion with the Potato Market Intelligence Working Group, the AHDB Market Intelligence provision of Potato price information will cease on Friday 2 July 2012. The final Weekly Average Price Survey (WAPS) will be published on Tuesday 29 June 2021, and the final Potato Weekly on Friday 2 July 2021. AHDB may need to cease these price publications earlier if we do not receive sufficient validated price information from the industry to allow publishing. The following market information will also cease:

If you have any questions relating to this process, please contact David Eudall, Head of Market Specialists (Arable) David.Eudall@ahdb.org.uk, 07823 789 910

Questions about the Potatoes ballot: How was it run, who voted and what did it cost?

Was the voting anonymous? Does AHDB know who voted?

AHDB does not know who has voted in the Ballot.

No individual identifiable information has been communicated to AHDB by UK Engage. As professional election scrutineers, UK Engage are not permitted to release any data that identifies individual voters.

AHDB was only kept informed of the voter turnout percentage during the ballot, by UK Engage.

AHDB had to spend money in order to run a ballot. What did you spent it on and how much did it cost?

Our duty throughout the ballot process was to ensure levy payers knew a ballot is taking place, that the binary nature of the ballot question was appreciated and what a Yes and a No vote would mean, understand how their levy is spent so they could make an informed choice, and also to encourage as many as possible to exercise their right to vote.

Unfortunately, we have also needed to correct some inaccurate information that was promoted within the media.

Our recent research across our sectors has confirmed that levy payers wish to receive information presented across a variety of channels to meet their decision-making needs – including print, digital, face-to-face, trade press, post and email. The research also told us that a multi-channel approach is the most effective way of engaging with everyone. This is the approach we have put into practice through letters, website information, printed material, trade press briefing and advertorials and town hall meetings.

In all, including the services of the independent ballot company, UK Engage, we expect the total external costs for running both the Horticulture and Potato ballots to come in at just under £60,000. This works out at approximately £16 per levy payer voter.

Why did a ballot take place?

Find out more on the levy.

Why did AHDB chose February to run the ballot?

Who was eligible to vote in a ballot?

What about people who had not paid levy in the last 12 months?

How were votes cast?

What did the ballot ask?

What has AHDB done with levy payments?

Find out more about what you get for your levy.

Or, see more information about specific areas of investment:

Or see more detail about how much of the levy is invested in each of these areas on our income and expenditure page. 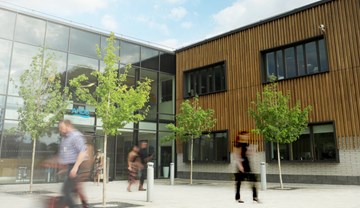 While we await a ministerial decision we are winding down significant activities on behalf of the horticulture and potatoes sectors. 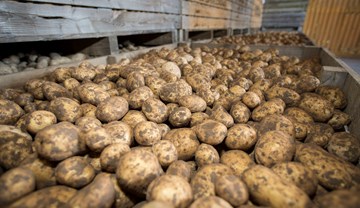 See the breakdown of votes by levy band and buyer vs grower.