Processing stocks at the end of March

The release of the end-March stocks estimate enabled our industry to get a better handle on the potential implications of the temporary closure of the food service industry. For processing markets, coronavirus has affected factory output and reduced demand both domestically, and on the continent.

‘Processing and other ware stocks’ held in grower stores are estimated at 417.2Kt, 27% above the same point last year. A 36% drawdown is seen from the end of January, highlighting 238.9Kt had moved from grower stores since then. An estimated 24% of the total processing and other ware stocks is still in growers stores as of end-March. It is worth mentioning, the estimate was impacted by the closure of schools on 18 March and food service outlets on 23 March.

Over the course of the lockdown so far, processors have reportedly operated a lower output with reduced labour in accordance with social distancing guidelines. Many have opted to close certain product lines to reduce workloads. Processor held stocks and contracted movement has made up the bulk of the processing sector trade for April. The lack of free-buy trade has translated to a build-up in supply available. There has also been reports of difficulties sourcing product packaging, which has affected overall output.

In April, we saw an increase in the volume of ‘typically processing’ material going to pre-pack markets. This affected the lower end of the market, and pulled median prices down. It is likely this movement will continue, however the quality requirement of packing markets can be an obstacle for the processing supply available.

The closure of schools and food service outlets has reduced peeling trade to minimal levels. This will likely continue for the short to medium-term as lockdown measures remain.

Looking to the end of the season

We are estimating a continued loss in foodservice through to the end of the season. However, based on Kantar data, we have seen an uplift in retail sales of processed products throughout April.

Since the lockdown, consumers have looked to secure non-perishable foodstuffs to minimise trips from home. Frozen potato product volumes have consistently been above last year since the start of March. Total spend on frozen potato products reached a high of 69.7% above last year in the week leading up to the lockdown announcement on 23 March. This equated to an actual spend of £24.2m in the week ending 22 March.

Since then, spend on frozen potato products in retail has trended between 12 – 31% higher year-on-year, up to week ending 26 April.

We estimate the retail-processing sector, from April to June will see a 5.8% uplift. The growth shown in the Kantar data for April plays a considerable part in this estimate.

Whilst we do not know how long the lockdown will continue for, we forecast a staggered slow return for demand in food service albeit not back to normal levels.

From end-March through to end-June, we estimate an average drop in demand of 68% for the food service sector (with demand gradually increasing from April to June).

Based on these assumptions we could see demand for processed products sitting around the 540.0Kt mark. Considering the end-March stocks figure this could sound good news. However, it is key to note that the end-March stocks reflects only grower held material. Therefore does not include anything that is either owned by the processors, already processed products or anything that is imported.

We are anticipating a loss of processing demand of around 182.9Kt for the 2019/20 season as a result of the coronavirus outbreak. Consequently we could see a large carry-over of processing material into next season. However, some material may not hold its quality through to next season due to the difficult conditions many crops were lifted in.

Export markets are unlikely to provide a solution as the large supplies available on the continent will likely bring supply pressure.

In Belgium, the closure of the food service industry has led to an estimated 750.0Kt of potatoes awaiting its re-opening. In the Netherlands, the government will pay a €50.0/t flat price for potatoes to move into starch, animal feed or ethanol markets. This is an attempt to reduce the estimated 1.0Mt supply available. The scheme will not pay out however, if the supplies are exported for processing purposes.

The decline in processing demand has affected the European processing futures contracts too. The June-20 contract has declined €125.0/t since the start of March to be at €28.0/t on 5 May. The April-21 contract highlights better stability, but is still down €45.0/t to close May 5 at €103.0/t. A belief of a reduced processing area across the big four (Belgium, France, Germany and Netherlands) could provide support for the long-term.

Looking ahead, we have already seen some food service outlets begin to trial opening again with a small number of restaurants. These trials will likely be increased as other restaurants join in over the course of the month, with demand picking up into June. If the lockdown is eased next week, demand may begin to slowly return to ‘historic levels’ over the next few months. However, the cancellation of many gatherings and events nationwide over the summer months will also affect demand.

In summary, there are a number of factors to be aware of that can alter the supply and demand picture in the coming weeks and months:

To stay up to date visit ahdb.org.uk/potatoes or sign up to our Potato Weekly emails by sending a request to Potatoes.MI@ahdb.org.uk 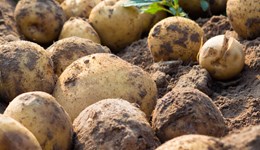 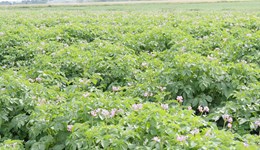 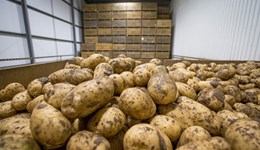