Brits have shown their love for the humble spud, with our latest jacket potato campaign receiving over 55.3 million social impressions during the six-week period.

To optimise the campaign’s impact, AHDB worked in partnership with BritMums and Tribe to create targeted content for different consumer groups in a bid to reach a wider audience.

Videos demonstrating the ease and speed, as well as the nutritional and versatile qualities of part microwaved and oven baked jacket potatoes, received over 2 million views.

Social visits to the revamped Lovepotatoes.co.uk went up 500 per cent during the campaign, as consumers made use of jacket potato recipes, information on the different spud varieties and how jacket potatoes can form part of a healthy and balanced diet, alongside some hints and tips.

Rob Clayton, AHDB Strategy Director for Potatoes, said, “We’re delighted with the support ‘The New Packed Lunch’ campaign has received across the country. Vast numbers of social media users engaged with a breadth of jacket potato content showcased via a number of different platforms.

“’With more people working from home, there’s never been a better time to explore the jacket spud at lunchtime, with a wide range of flavour combinations to trial and test from your kitchen to suit each family members’ taste. We hope the campaign has shown consumers how jacket spuds are an easy, tasty, nutritious and versatile meal option.”

Following a coordinated Twitter effort between AHDB and Britmums, #JacketPotatoHacks trended at number seven in the UK. #AHDBPotatoes and #LovePotatoes also experienced high levels of engagement.

Influencers came out in support of the ‘New Packed Lunch’, with 17 popular jacket potato meals shared on their social media accounts, with images, videos and polls also posted to drive engagement. 87 per cent of viewers who engaged with the campaign via this medium said they would try the influencer-shared recipes.

You can view the full campaign results at https://ahdb.org.uk/the-new-packed-lunch. 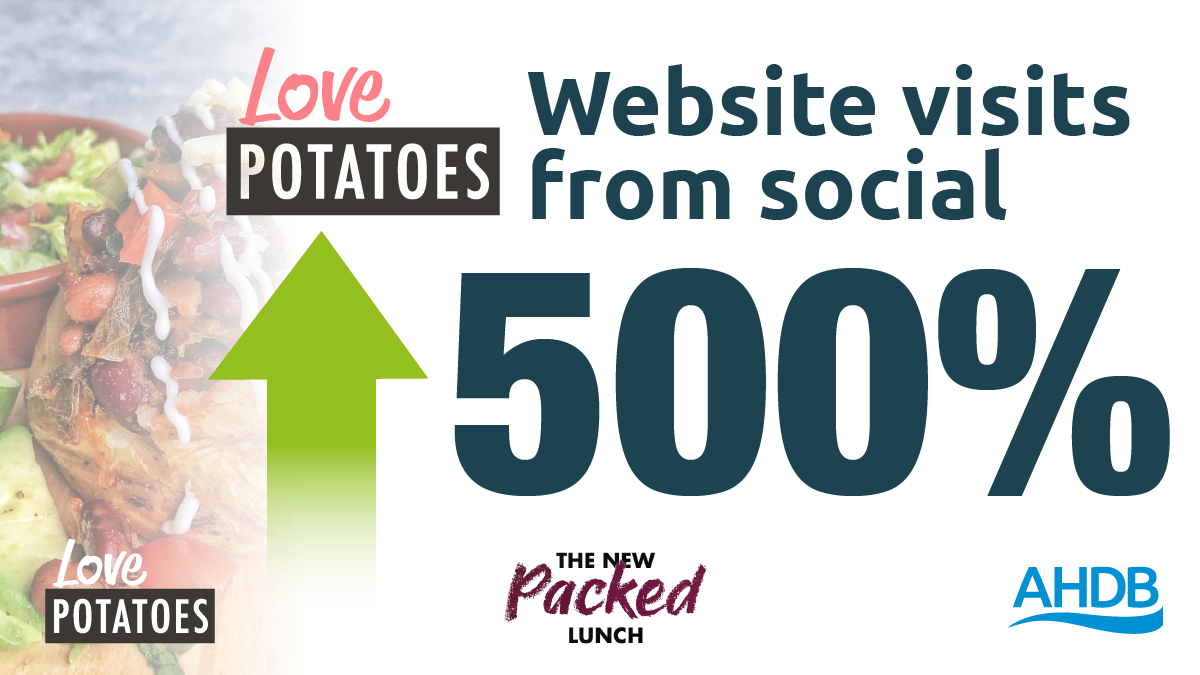 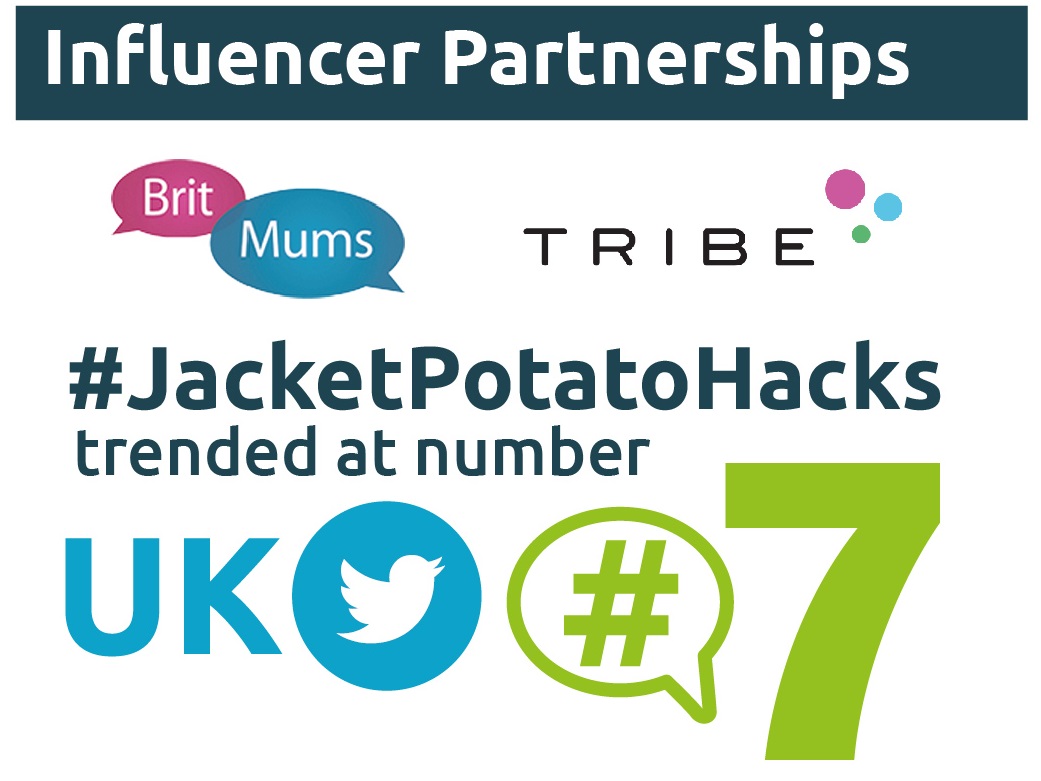