A soil health study across three growing seasons, funded by Defra/WRAP, was started in 2010, with supplementary research in 2015. This is what we learned.

Back to: Soil organic matter

The Defra/WRAP-funded Digestate and Compost in Agriculture (DC-Agri) project was commissioned in 2010 to provide evidence to support the confident use of digestates and composts by farmers and growers as renewable fertilisers. The core experiments ran across three growing seasons, with supplementary research completed in 2015.

Amongst other things, the DC-Agri field experiments evaluated the effects of adding different types of organic material over time to a network of seven sites across the UK (Figure 1). 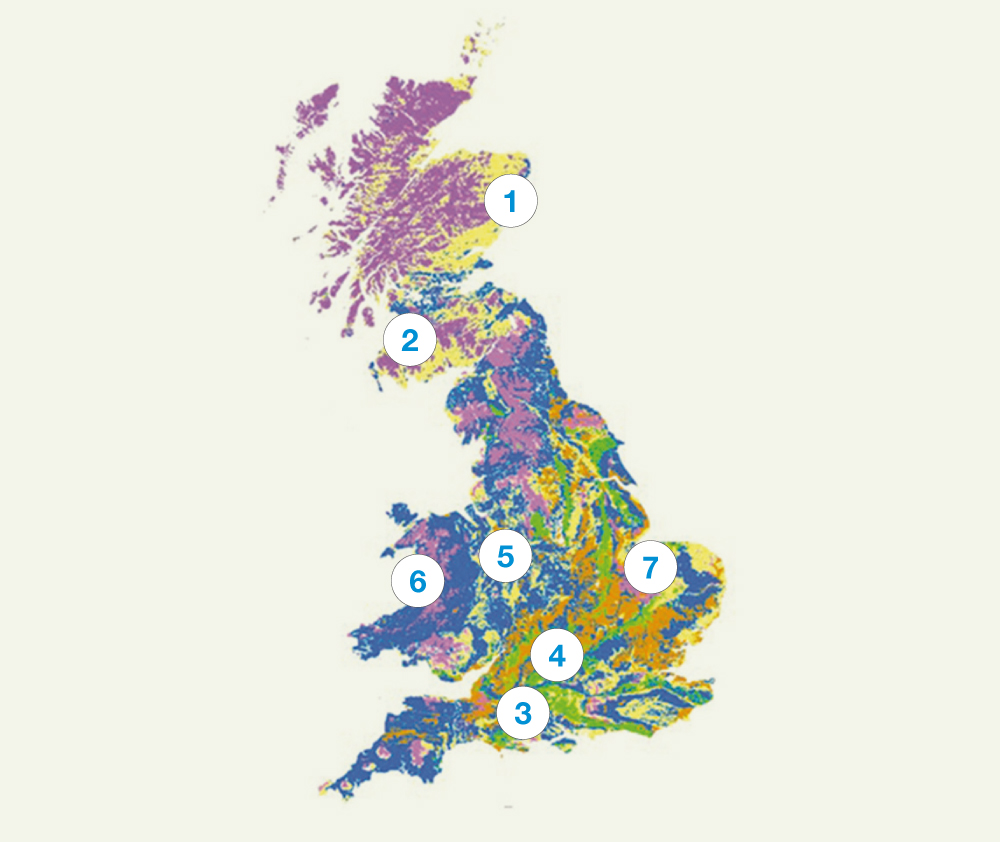 The sites represented a range of soil types, climatic conditions and crop rotations.

At each site, 18–21 experimental plots were exposed to a particular treatment (Table 1) using a randomised block design.

The treatment was applied each year for three years. Two of the sites had previously received repeated applications of farmyard manure, livestock slurry and green compost over a 6–17-year period. These plots, therefore, received a total of 9–20 years of application, providing insight into the longer-term effects of organic matter application. Crops were grown according to best farm practice.

Compost builds soil organic matter in half the time

Applying bulky organic materials can increase soil organic matter, but only when applied over several years.

Both green compost and farmyard manure (FYM) resulted in >20 % increase in soil organic matter relative to the control treatment when applied for nine and 20 years, respectively.

No significant changes in soil organic matter were seen in any of the 3-year treatments (Figure 2).

Nine years of green compost application resulted in similar increases in soil organic matter to 20 years of FYM application, even though similar amounts of organic material were applied each year in both treatments. This suggests that compost builds soil organic matter more quickly than FYM. However, there is no information about the effect of FYM after nine years, so it is not certain that FYM is less effective.

Analysis showed about 70% of the organic matter present in green compost is made up of lignin, compared to 55% in FYM.

Earthworms can also increase soil quality, and their populations were higher in plots treated with FYM and, to a lesser extent, those treated with compost.

A less dense soil may also require less force to till, which can reduce fuel costs and machinery wear.

Where digestate and livestock slurry had been applied for three years, there was some evidence of increased bulk density, although these changes were not statistically significant.

Is compost use cost-effective?

Using composts can be costly. Users have to buy the material itself and then pay for haulage and application, meaning that compost application is not always the most cost-effective option.

The MANNER-NPK tool can provide a quick estimate of crop available nitrogen, phosphate and potash from applications of organic manure.

The financial value of this nutrient supply can be estimated using the online WRAP Compost Calculator, which provides estimates of nutrient values based on the current market price of inorganic fertilisers.

After calculating the financial value of the compost, farmers and growers can prepare a partial budget to see if using compost is likely to be cost-effective. An example is given in Table 2.

Experience has shown that money is rarely saved in the first few years of use because many of the soil quality and yield benefits from compost application can take several years to show.

The results of the DC-Agri field experiments suggest that noticeable improvements can be seen after nine years, but that three years is insufficient.

Bear in mind that soil quality and yield benefits can take several years of continued compost use to develop.

*Nearby compost suppliers can be found by entering the holding’s postcode at the UK Compost Certification Scheme website.

If you would like to order a hard copy of Principles of soil management, please contact publications@ahdb.org.uk or call 0247 799 0069

Have a question? Ask a member of the team: 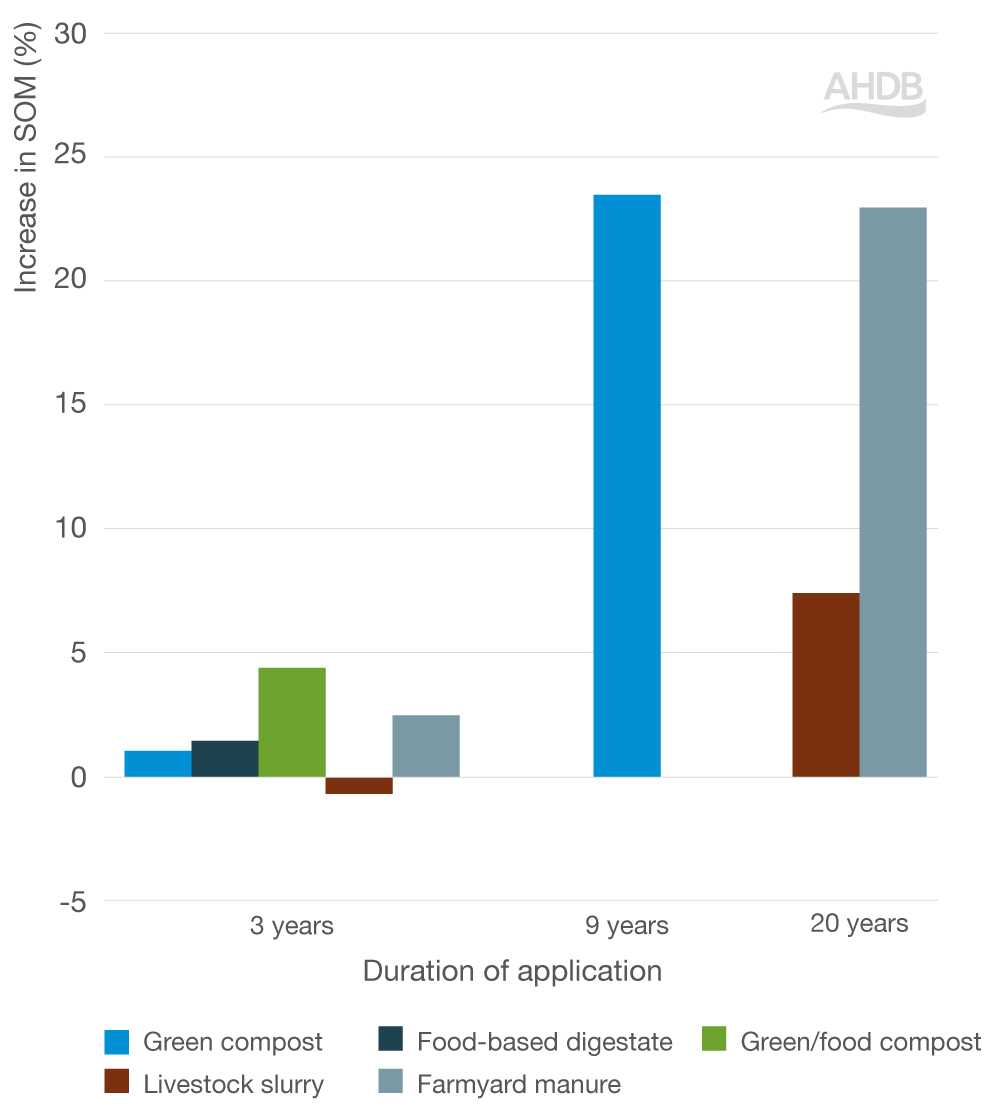