This is where you’ll find our new look report. The same great content but in an easier to use, up to date digital format.  Look out for updates throughout the season as new data becomes available.

Season overview - the story so far

The 2019 season started well in stark contrast to the previous year, although there were some concerns around dryness. Conditions for planting were generally good so growers progressed at some pace and many finished well ahead of schedule.

While the winter was generally mild with record temperatures for February, spring temperatures were cool, particularly at night. This slowed crop development and progress was slower than anticipated. Very little rainfall early on meant irrigation was needed to help boost crop development and to protect skin finish. Early crop lifting largely went smoothly, with yields and quality good.

Summer brought warm, unsettled weather which increased disease pressure, particularly for blight. But the feeling was cautiously optimistic for the season ahead. In August, a short burst of very heavy rain caused severe damage to some fields, but others benefitted from the increased moisture.  The first maincrop supplies moved off the field largely uninterrupted but odd reports of quality issues started to emerge.

In mid-September, just as many growers were starting to lift into store, weather conditions reversed. Persistent, heavy rain began across the country disrupting progress. Heavy rain continued throughout October, which made harvest extremely difficult, especially for fields with heavier soils.

There were reports that wherever possible trail harvesters were being upgraded to self-propelled just to “get the stuff out of the ground”, and dealerships were selling out of kit. Some growers will have been forced to store crops wet leading to potential storage issues as the season progresses. While others will have no other choice than to leave crop in the ground.

While yields are generally looking around average, there is huge variability and the actual amount of useable crop remains to be seen at this point.

Find out about all of the key industry information from planted area to storage intentions.

Potatoes - at a glance

Potatoes - about the industry

The retail and foodservice markets are key drivers for the GB industry. Within foodservice 3.2bn dishes containing potatoes were served in the year ending June 2019. 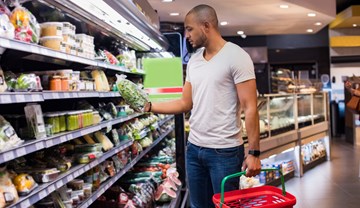 Stay in touch with the latest trends in European production and prices. 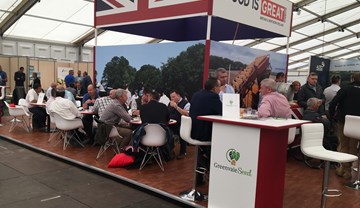 Trade and the European Market