What might affect the price direction of new-crop rapeseed? With harvest rapidly approaching, let’s revisit these factors and the impact they could have.

Analyst insight: Sell or store your grain during harvest time?

As the UK enters the 2020/21 marketing year, when wheat supplies are expected to be tight, we are currently seeing less pressure on feed wheat prices for harvest delivery.

How is the global market reacting to coronavirus?

Producing both a large barley crop of 8.1Mt and wheat crop of 16.2Mt for 2019, it was anticipated that the UK would have a large export campaign for the 2019/20 marketing year.

Feed barley markets have felt like they have tracked sideways. But is there pressure to come for the underlying feed market?

Analyst Insight: What does a big oat crop mean for new crop pricing?

In 2019/20 the UK produced its largest oat crop of the 21st century, at 1.08Mt, a record that could seemingly be broken this season. A torrid winter for many has seen expectations of spring plantings increase exponentially. For oats the February re-run of the early bird survey suggested that oat plantings in the UK could reach as much as 229Kha, the largest area planted to the crop since 1976. 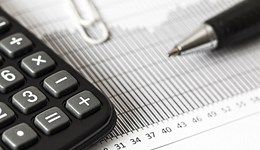 The economic impacts of Coronavirus

Economic forecasts have been significantly revised