During the first 12 weeks of lockdown, British shoppers spent an extra £45m at butchers’ shops than in the same period last year, according to the latest Kantar data.

This increase, equating to a volume uplift of 39% during the 12 weeks ending 14 June, came as people adapted to social-distancing rules by shopping locally and visiting large supermarkets less often.

While the online channel has made big gains under lockdown, butchers have also experienced consistent growth within the meat and poultry category. This allowed their share of spend on meat and poultry to increase to 3.7%, a rise of 0.7 percentage points when compared to last year.

The number of independent butchers in the UK has reduced dramatically over the last 25 years, as people moved away from the high street to large supermarkets. Lockdown has reversed that trend to some extent as people have rediscovered their local butchers’ shop.

In general, visitors to butchers’ shops are likely to be more affluent and aged between 45 and 64. However, shoppers aged under 45 were the most likely age group to have visited a butcher when they normally wouldn’t. In the 12 weeks to 14 June, both age groups made a similar contribution to the growth in meat and poultry sales through butchers’ shops during the lockdown period (Kantar).

There is a need for butchers to retain these new shoppers, and the opportunity is there. Of those shoppers visiting specialist stores (like butchers) more frequently, 78% say they will continue to do so, according to IGD research.

“We have started using the local butchers and farms for our meats, eggs and honey and this is something we're going to stick to, don't really have an answer to why we never did this before, maybe it just seemed a lot easier to get everything from the supermarket.”
Couple, Early 30s, North West.
Source: IGD Shoppers of Our Time community, June 2020

There are a range of reasons why people will have turned to their local butcher. During April, availability became hugely important as supermarket shelves were stripped bare. In the 12 weeks ending 14 June, butchers’ shops gained spend from people switching from every supermarket – premium, discount and big four stores.

However, as the peak of the panic-buying subsided, this issue of availability became less important and it is now ease and speed in store that is having more influence on store choice.

“The way I shop and eat has changed immeasurably. I am avoiding at all costs, going into shops, so have ordered online and am learning more and more about local deliveries, and feel I want to support local businesses more.”
Early 60s, living alone, London.
Source: IGD Shoppers of Our Time community, June 2020

The IGD research shows that, when grocery shopping, queuing to get in and out of the store, concern about availability and lax social distancing from other shoppers has increased stress and anxiety among shoppers. The personal service from butchers, along with the fact that they usually have a fully visible shop interior to see who else is there, make them well placed to help minimise the level of stress.

Butchers saw almost every single cut of meat and poultry grow ahead of the market average for all retailers. Even though burger and sausage volumes were up significantly across the market, thanks to the sunniest spring on record, butchers still outpaced this, with beef burger volumes up 74% and pork sausages up 51%. However, chicken breasts proved most popular, with volumes up 87% year on year, compared to the market backdrop of +24%.

One key anomaly was the performance of beef steaks; although volumes were up 24% at butchers’ shops, this was behind the market average of 27% (Kantar, 12 w/e 14 June). This may be explained by data showing that beef steaks sold at butchers’ shops were 20% more expensive than the market average. However, there is scope for butchers to continue driving home quality credentials, as a majority of visitors to specialist stores, even under lockdown, agree that quality overcomes concerns about higher pricing.

The role of British and local

Promoting British and local credentials is one way to maximise the perception of quality that might encourage shoppers to continue shopping at butchers’ shops. The AHDB/YouGov Consumer Tracker, conducted in April, showed that half of consumers say they will proactively seek out British produce once restrictions are eased.

While responses to a survey don’t always translate to behaviour change, even a small proportion of shoppers making a conscious switch to British produce could be a sizeable movement. However, the trade-off between value and provenance will increase as financial worries impact household spending power and is therefore something to be monitored closely over the next few months.

The influence of national and personal financial worries won’t be the only influence on spending power. If restrictions are brought back in to manage the impact of COVID-19, this will also influence the fortunes of the category. Read more on the possible future scenarios, and their impact on consumer demand here 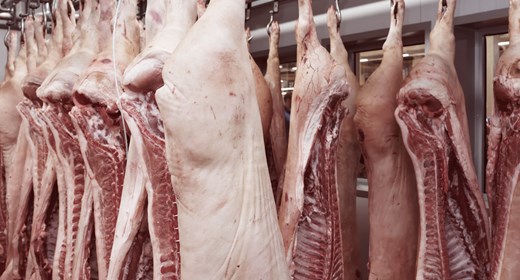